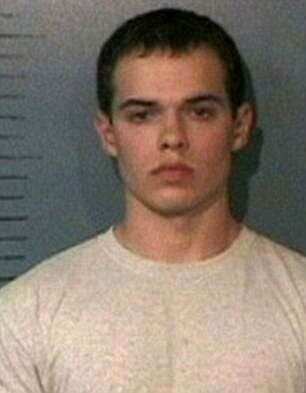 Paris Bennett may be the scariest teen killer on this list and he should never be able to get out of prison. This psychopath was just thirteen years old when he murdered his four year old sister in Texas. The reason behind this brutal murder? He was mad at his mother and figured the best way to get back at her is to murder the four year old little girl. The murder was completely planned down to the smallest detail. Due to his age at the time of the murder Paris Bennett was sentenced to forty years in prison and becomes eligible for parole in 2027 and will be released by 2047.

Erin Caffey may look like the girl next door with her blond hair and soft voice however this teen killer is responsible for the murders of her mother and her two brothers and nearly her father. Now Erin Caffey may have not got her hands dirty in the triple murder however she was responsible in getting her boyfriend and his friends to do the crime. Erin Caffey would be in a number of interviews however she has never expressed any sort of remorse for the murders.

Philip Chism was fourteen years old when he sexually assaulted and murdered a teacher. This teen killer would wait until the teacher made her way to a washroom after school hours where he would then sexually assault and then murder her. Philip Chism would be sentenced to life in prison however he is eligible for parole in forty years.

Of course everyone knows that Edmund Kemper is a serial killer who would murder eight women however Edmund would get his start as a teen killer who would murder his Grandparents when he was just fifteen years old. Edmund would be sent to a mental hospital where he would stay until he was 21 and then released. Edmund Kemper has been eligible for parole for years but thankfully he has chosen to ignore his routine parole hearings.

Monique Maestas and her brother Beau were pissed that the drugs that they were sold were fake so they decided to take it out on the woman’s children. By the time the two teen killers were done one little girl would be dead and another would be paralyzed. For killing the three year old girl and paralyzing a ten year old girl Beau Maestas was given a death sentence and Monique Maestas would be sentenced to forty seven years to life

Many believe that without Justina Morley that Jason Sweeney would still be alive and I tend to agree. Justina Morley would plan and set up the murder that would see Jason Sweeney have his head caved in with a large rock. Of course Justina Morley would be the first to talk to the police and got herself a sweetheart deal in the process. While the other three participants were sentenced to life this teen killer received a lighter sentence and as of 2021 she is out of prison

Rachel Shoaf and Shelia Eddy were two teenage girls responsible for the murder of Skylar Neese and they only time the two would show any remorse is when they were caught. They were not remorseful for what they had done but that they were actually arrested. Unfortunately both teen killers have a parole eligibility date in the upcoming years and Rachel Shoaf actually has a release date.

Eliza Wasni was a sixteen year old girl who planned out the murder of a Uber driver in Illinois. The teen killer went shopping for weapons and would steal a knife and a machete before hailing an Uber. Once the driver arrived and she got into the car Eliza Wasni would stab the man repeatedly causing his death. Eliza Wasni would show no remorse and her behavior was so poor in Juvenile Detention that she was sent to an adult facility. Eliza Wasni release date is in 2047