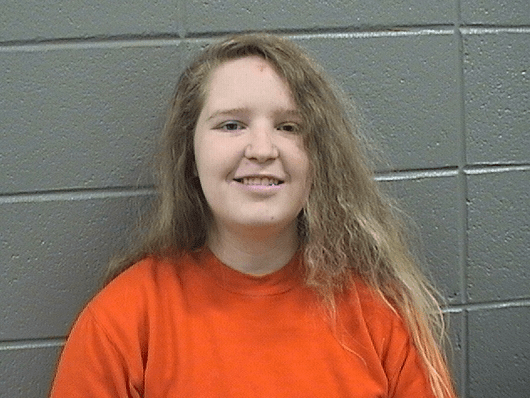 Eliza Wasni was a sixteen year old girl from Illinois who decided she wanted to kill someone. The teen killer would steal a knife and a machete from a store before using her phone to call for an Uber. Once the driver arrived the young woman would get into the car and within minutes would proceed to attack the driver stabbing him multiple times. The driver was able to get out of the car and get to a condo building where someone would call for an ambulance. The man would later die in hospital.

This teen killer attempted to drive away in the car but would get stuck and attempt to flee the scene. Before the driver died from multiple stab wounds he would tell the police what the teenager passenger looked like and soon after Eliza Wasni was apprehended still covered with blood spatter and the Uber app on the phone directly tying her to the murder. Eliza Wani would spend three years in custody before pleading guilty to the murder and was sentenced to twenty seven years in prison, to be honest she deserved life.

A young woman who pleaded guilty to stabbing an Uber driver to death in a Chicago suburb has been sentenced to 27 years in prison, authorities said Tuesday.

Eliza Wasni, 19, pleaded guilty to first-degree murder and was sentenced Monday by Cook County Judge Timothy Chambers, according to the state’s attorney’s office.

Grant Nelson, 34, picked up the then-16-year-old Wasni a few blocks from a Walmart in the Chicago suburb of Skokie. She attacked Nelson, of Wilmette, without provocation using a knife and a machete that she had just stolen from the store, prosecutors said.

After the attack, Nelson was able to flee his vehicle and sought help at a nearby condominium building.

Police followed a trail of blood and found him on the grass on the side of the building. Nelson described his attacker before he died at a hospital.

Prosecutors said Wasni fled in Nelson’s car after the attack, struck a median and took off on foot. When police caught up with her, her clothes were spattered with blood. Investigators used the Uber app on Nelson’s phone to identify his most recent customer as “Eliza,” prosecutors said.

A 19-year-old Chicago woman was sentenced to 27 years in prison this week for hacking an Uber driver to death with a stolen knife and machete in an unprovoked attack in north suburban Lincolnwood.

Eliza Wasni, who was 16 when she killed Grant Nelson, pleaded guilty to murder on Monday and was sentenced by Cook County Judge Timothy Chambers at the Skokie Courthouse, court records show.

Wasni, a former Taft High School student, had been charged as an adult for the 2017 crime.

Before dawn on May 30, 2017, Wasni walked out of a 24-hour Walmart in Skokie with the weapons she shoplifted, called an Uber and was picked up by 34-year-old Nelson in his Hyundai Sonata, prosecutors said.

Within two minutes, the teen began attacking Nelson as the car approached the intersection of Touhy and Lincoln avenues, stabbing him repeatedly on the side of his arm, torso, head and chest, prosecutors said.

Nelson, of Wilmette, pulled up to a condo building in the 7200 block of Touhy Avenue, ran to the lobby and slammed on the door screaming for help. Responding officers followed a trail of blood and found him on the grass on the side of the building.

Wasni took Nelson’s car and drove it back toward Lincoln and Touhy avenues before she hit a median and fled the vehicle. Officers found Nelson’s phone in the car’s front seat and saw that Wasni was listed as his Uber passenger, prosecutors said.

Officers later spotted Wasni hiding behind a nearby office building in a blood-spattered Cubs shirt holding the bloody knife and machete.

Nelson, who a friend described as “the type to give you the shirt off his back,” was able to tell police his passenger had stabbed him before he died later that morning at St. Francis Hospital in Evanston