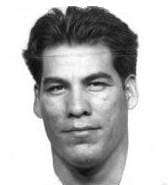 The record reveals that Laredo police officer Candelario Viera, on patrol about midnight July 31, 1976, observed a station wagon with out-of-town license plates traveling toward the Rio Grande River banks. Being an experienced narcotics officer, and familiar with the area, he knew the vehicle was heading toward a known narcotics crossing point. The station wagon arrived at the river. Two persons emerged and walked to the water’s edge. After a few moments, the two men returned to the vehicle and drove it to the water. Subsequently, Viera saw the station wagon leave the river, noting, however, it rode lower than it had on its arrival. He also saw several burlap sacks in the station wagon which had not been there before. Viera followed the vehicle and radioed for assistance to make a stop. At a city intersection Laredo police officer Pablo Albidrez stopped his patrol car in front of the station wagon and Viera pulled his car up behind it. In the ensuing shootout, Albidrez was mortally wounded. Appellant was arrested and later identified in court as having fired the fatal bullet.