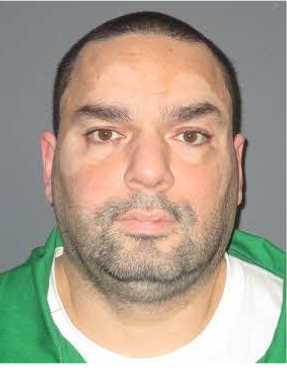 On New Year’s Eve 1997, Sergeant Franklin Lingard of the South Carolina Highway Patrol stopped a white Ford Mustang with a Delaware license plate for speeding on Interstate 95.   Sergeant Lingard approached the driver’s side of the Mustang and was shot to death by a gun fired from inside the car on the driver’s side.   Officer Lin Shirer, a narcotics officer with the Calhoun County Sheriff’s Office, accompanied Sergeant Lingard on patrol that night.   Officer Shirer witnessed the shooting, but was unable to see inside the car to identify the shooter because of its dark tinted windows.

A multi-car chase ensued.   An officer stopped the Mustang long enough for Gloryvee Perez Blackwell (Blackwell) and her two children to exit from the passenger side of the vehicle.   While Blackwell and the children were exiting the car, appellant held a gun to his head and threatened to kill himself if the officers came any closer to him.   Appellant sped away and was eventually stopped again when an officer deliberately collided his vehicle with the Mustang.

Appellant was pulled unconscious from the car, treated at the scene by EMS, then taken to the hospital, and from there to the Orangeburg/Calhoun Regional Detention Center on New Year’s Day. A background check on appellant revealed an extensive record of arrests for fraud-related activities, outstanding warrants, and numerous aliases.   In addition, both the Mustang and its license tag were stolen.

On January 2nd, appellant gave two statements to officers from the State Law Enforcement Division (SLED).   In the first, he claimed Blackwell was driving and shot Sergeant Lingard, after which they stopped and changed seats.   In the second, appellant confessed to the shooting.