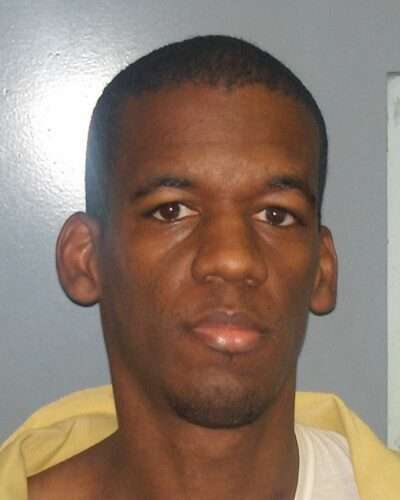 Quincy Allen was sentenced to death by the State of South Carolina for four murders that took place during two months in 2002. According to court documents Quincy Allen would murder Dale Evonne Hall, Jedediah “Jed” Harr, Richard Calvin Hawks and Robert Shane Roush as well as committing a series of other crimes. After Quincy Allen was arrested, convicted and sentenced to death he and another inmate  Mikal Deen Mahdi attempted to murder a correctional guard since both inmates were under death sentences the prosecutor declined to charge them.

At approximately 3:00 a.m. on July 7, 2002, Quincy Allen approached a homeless man, fifty-one year old James White, who was lying on a swinging bench in Finlay Park in downtown Columbia. Allen ordered White to stand up, and proceeded to shoot him in the shoulder. When White fell back to the bench, Allen ordered him to stand up and shot him again. According to Allen’s subsequent statement to police, he had just gotten the shot-gun and he used White as a practice victim because he did not know how to shoot the gun. White survived the assault.

A few days later, on July 10, 2002, Allen met a prostitute named Dale Hall on Two Notch Road in Columbia; he took her to an isolated dead end cul-de-sac near I-77 where he shot her three times with a 12 gauge shotgun, placing the shotgun in her mouth as she pleaded for her life. After shooting her, Allen left to purchase a can of gasoline, and came back to douse Hall’s body and set her on fire. He then went back to work at his job at the Texas Roadhouse Grill restaurant on Two Notch Road.

Several weeks later, on August 8, 2002, while working at the restaurant, Allen got into an argument with two sisters, Taneal and Tiffany Todd; he threatened Tiffany, who was then 12 weeks pregnant, that he was going to slap her so hard her baby would have a mark on it. Tiffany’s boyfriend Brian Marquis came to the restaurant, accompanied by his friend Jedediah Harr. After a confrontation, Allen fired his shotgun into Harr’s car, attempting to shoot Marquis; however, Allen missed Marquis and instead hit Harr in the right side of the head. As the car rolled downhill, Marquis jumped out and ran into a nearby convenience store, where he was hidden in the cooler by an employee. Allen left the convenience store, and went and set fire to the front porch of Marquis’ home. A few hours later Allen set fire to the car of Sarah Barnes, another Texas Roadhouse employee. Harr died of the shotgun blast to his head.

The following day, Allen set fire to the car of another man, Don Bundrick, whom he apparently did not know. Later that evening, August 9, 2002, Allen went to a strip club, Platinum Plus, in Columbia, where he pointed his shotgun at a patron. Allen left South Carolina and proceeded to New York City. On his way back, while in North Carolina, Allen shot and killed two men at a convenience store in Surrey County.2 Allen then went to Texas, where he was apprehended by law enforcement on August 14th.

Allen gave statements to police outlining the details of his crimes. He told police he began killing people because an inmate in federal prison, where Allen spent time for stealing a vehicle, had told him he could get him a job as a mafia hit man. Allen got tired of waiting and embarked on his own killing spree. Allen told police he would have killed more people if he had had a handgun, but his prior record prohibited him from obtaining a handgun.