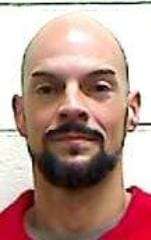 A former Brunswick man who moved to North Carolina in 1997 received two death sentences for the fatal stabbing of a woman and her 4-year-old son in Asheville, court officials said.

Lyle Clinton May, 20, was found guilty earlier this month of two counts of first-degree murder in the deaths of Valerie Sue Riddle, 24, of Arden, N.C., and her son, Mark Laird Jr. May was sentenced Thursday in Buncombe County Superior Court.

May was accused of stabbing Riddle as her son watched, and then kicking and stabbing the boy until he died at an Asheville mobile home. Their bodies were found July 9, 1997, along a scenic highway.

May’s parents, Bernice and Patrick May of Brunswick, have said they knew their son had violent tendencies but that they never expected he would be charged with murder.

Bernice May described May’s life as being “one continuous roller-coaster ride since he was 16.”