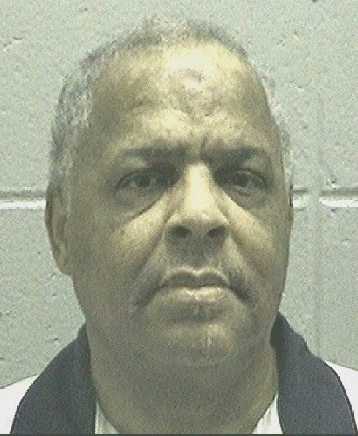 The evidence adduced at trial shows that Willie Palmer and Brenda Palmer married in 1993.   They had a baby, Willshala Palmer, in 1994.   Several witnesses testified that Palmer physically abused Brenda and he often threatened to kill her.   Brenda separated from Palmer in May 1995 and began divorce proceedings.   Palmer owned a piece of land and he told numerous witnesses he would kill Brenda if she tried to take it.   In July 1995, he was jailed for violating a restraining order to stay away from Brenda.   Brenda, Christine Jenkins (Brenda’s 15-year-old daughter), and Willshala moved to a two-room house without running water in Vidette.   Brenda had an outstanding loan with a loan company and she told the loan company manager in August 1995 that she feared for her life if Palmer got out of jail.   Brenda asked the manager not to tell anyone where she was living.

On September 1, 1995, Willie Palmer was released from jail and he went to the loan company, where he was a regular customer, to borrow money to pay his lawyer.   He asked the manager if she had seen Brenda, but the manager did not reply.   Palmer said she did not have to answer his question because “I will find her.”   He added, “when I find her, I will kill that bitch.”   The manager testified that she was scared by Palmer’s cold demeanor when he made this threat.   During the next ten days, Palmer threatened to kill Brenda several times in front of several witnesses.   He told one witness that he was “going to do it execution-style” and that it would be on TV.

Willie Palmer was also angry with his ex-girlfriend, Brenda Smith, with whom he lived for 13 years before his marriage to Brenda Palmer and who was living with him again after her house burned down.   He told a witness he was “going to kill Brenda [Smith] and the other Brenda,” and he told another witness that “there won’t be no Brendas.”   On September 10, 1995, Palmer chased Brenda Smith when she was a passenger in her sister’s car and bumped his car into the rear of their car.   Brenda Smith fled on foot and Palmer told Brenda Smith’s sister, “Y’all don’t know who in the hell y’all are playing with.”

Willie Palmer also spent part of the day looking for his guns and he asked his son and his nephew where they had been kept while he was in jail.   The State presented evidence that Palmer owned a .22 caliber rifle and that he had used this rifle to shoot at his brother on two previous occasions when Palmer was angry with him.   That night, Palmer asked his nephew, Frederico Palmer, to ride with him to Augusta.   Frederico got into Palmer’s blue Caprice Classic, but Palmer drove to Vidette instead.

Willie Palmer asked Frederico, “Do you think I should do this?”   Frederico replied, “What are you talking about?”   Palmer said, “I’m fixing to go kill Brenda and her daughter.”   Frederico did not say anything.   Palmer parked the car near a laundromat close to Brenda Palmer’s house, put on gloves, and pulled out a .22 caliber rifle.   He instructed Frederico to drop him off near Brenda’s house, park the car by some dumpsters, and catch up to him on foot.   Frederico complied.   Palmer was fumbling with the telephone box on the side of Brenda’s house when Frederico arrived.   Palmer asked for help disconnecting the phone line and Frederico unplugged it.   Willie Palmer kicked in the front door and turned on the light.   Christine Jenkins, Palmer’s stepdaughter, was lying on a bed.   Palmer said, “Hey Bootie [Christine’s nickname], I told you I was coming back.”   Palmer then shot her once in the face, killing her.   Palmer went into the back room where Brenda was holding Willshala in front of her as a shield.   Palmer told Frederico to take the baby and Frederico complied, knocking Brenda to the floor.   Palmer then killed Brenda by shooting her twice in the head.   When the men departed, they left the baby in the house.   Palmer concocted an alibi, telling Frederico to say that they had gone to Augusta together to see a friend.   Palmer tossed the murder weapon, gloves, and shoes off a bridge.

Two days later, Frederico confessed and led the police to the rifle, gloves, and shoes.   He pled guilty to two counts of felony murder and testified for the State.   Ballistics testing revealed that the .22 rifle was the murder weapon, and several witnesses, including a sheriff’s deputy who temporarily confiscated the rifle during a 1992 traffic stop, identified this weapon as belonging to Palmer.   The recovered shoes were size 11, the same size Palmer wears.

A witness who knows Palmer testified that he saw Palmer’s blue Caprice Classic parked near the Vidette laundromat on the night of the murders.   The witness said that Palmer’s car is easily recognizable because it is missing part of its front grille.   At trial, Palmer also attempted to prove that he is mentally retarded through an expert witness and IQ scores that ranged from 61-72.   However, the State’s expert testified that Palmer malingered on the attempted IQ testing by the State.