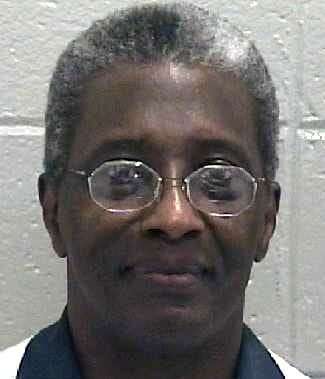 At 12:46 a.m. Wednesday, Jones, just 10 days shy of his 73rd birthday, took his last breath, ending a decades-long journey for the daughter and widow of the man he murdered in 1979.

The execution had been scheduled for 7 p.m. Tuesday. Jones, the fifth-oldest inmate executed in the nation, waited in a holding cell a few steps from the death chamber as the appointed time came and went amid a flurry of last-minute court filings for mercy.

It took more than an hour to prepare Jones for his lethal injection. According to a media witness who monitored the setup, it appeared they had to insert an IV into his groin area, which is protocol if the nurses cannot find accessible veins in the inmate’s arms.

Jones fought death. His eyes closed within a minute of the warden leaving the execution chamber, but 6 minutes later his eyes popped open. He looked at a clock on the wall, and then appeared to look at the man who prosecuted him in 1979, former Cobb County District Attorney Tom Charron, who was sitting on the front row.

After he died, about 15 of his supporters and death-penalty opponents, who were gathered about a mile from the execution building, held hands and prayed.

One supporter, Carole Butcher, said she had been writing Jones for about 15 years from her home in the United Kingdom. “We had our ups and downs. He supported me through my ups and downs,” Butcher said tearfully.

Jones’ attorneys waged a legal battle through the final hours to spare the 72-year-old from being executed for the 1979 murder of Roger Tackett, who managed a Tenneco convenience store and gas station in Cobb County.

The battle ended at about 11 p.m. Tuesday, when U.S. Supreme Court Justice Clarence Thomas denied requests for a stay, allowing the execution to go forward.

Three friends and 11 family members visited Jones on his last full day of life, as did a lawyer and an investigator.

Jones declined to make a final statement, although he did record a message several hours before his execution.

Earlier on Tuesday, the 11th U.S. Circuit Court of Appeals in Atlanta turned down Jones’ request for a stay so his lawyers could argue before all 11 federal appeals court judges, sitting as a group, the constitutionality of the Georgia law that keeps secret the identity of the pharmacist who makes the pentobarbital for executions.

Although a majority of those judges rejected his request for a stay, five of the judges in four dissents sharply criticized the secrecy law.

“Today Brandon Jones will be executed, possibly in violation of the Constitution,” 11th U.S. Circuit Court of Appeals Judge Robin Rosenbaum wrote in one of the dissenting opinions. “He may also be cruelly and unusually punished in the process. But if he is, we will not know until it’s too late — if ever.”

Challenges to secrecy laws have failed repeatedly in Georgia and in other states with similar statutes.

These laws were adopted as it became increasingly hard to secure lethal injection drugs from makers who were under public pressure from death penalty opponents.

Opponents, however, say the laws make it impossible to ensure that the drugs made are pure and will not cause an unnecessarily painful death.

Jones also lost on Monday before the State Board of Pardons and Paroles despite his argument that the death sentence for this particular crime was disproportionate.

Jones and Van Roosevelt Solomon were both sentenced to die for murdering Tackett, who had stayed at the Tenneco convenience store after closing to finish paperwork so he would be free to attend Father’s Day Mass with his daughter and wife.

Jones worked for Solomon at his painting business. The two had set out to burglarize the Tenneco.