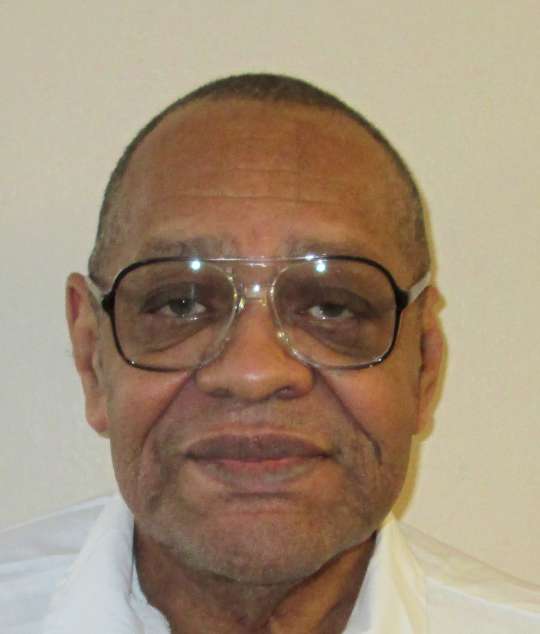 “Law-enforcement officers from the Millbrook Police Department and the Alabama Bureau of Investigation (‘the ABI’) responded to the report. Mrs. McKinnon’s body was found at the base of the staircase leading to the second floor of the house; she appeared to have suffered blunt-force trauma. There were bloodstains and splattered blood on the staircase and several gouges in the stairs at the top of the staircase, indicating that Mrs. McKinnon had been attacked at the top of the stairs, and that the attacker, while striking Mrs. McKinnon, missed her and hit the stairs. Mr. McKinnon’s body was discovered in the master bedroom on the second floor; he also appeared to have suffered blunt-force trauma. Several coins—mainly foreign coins, but also some United States half-dollar coins—were found near his body. The telephone in the master bedroom was on the floor, off the hook, and a thousand-dollar money wrapper was found in the master bathroom. The house had been ransacked, and a window in the kitchen area was broken and open. The shattered glass from the window was inside the house, indicating that the window had been broken from the outside; the broken pane of glass was the pane directly above the latch, indicating that the perpetrator had broken the glass and reached in to unlatch and then open the window in order to gain entry into the residence. An autopsy revealed that Mr. and Mrs. McKinnon had both died from blunt-force trauma to the head, which had resulted in skull fractures and brain damage. In addition, Mrs. McKinnon suffered blunt-force trauma to her back, which broke every one of her ribs. The medical examiner testified that the murder weapon was most likely a hard, dense object or tool.

“During the initial investigation at the scene, law-enforcement officers spoke with both Carpenter and Howard. They learned that Washington had been employed by the McKinnons; that Washington had traveled with Mr. McKinnon to Clio on Monday, January 20; that Mr. McKinnon had received $10,000 in cash at that time for the sale of land; that the McKinnons’ Jetta was missing from the house and had been loaned to Washington sometime earlier in the week; and that Howard had not seen Washington in two days. The $10,000 was not found in the house or anywhere on the McKinnons’ property, and law enforcement issued a BOLO—be on the lookout—for the Jetta. That afternoon, patrol officers with the Montgomery Police Department saw the Jetta in the parking lot of John’s Motel on Air Base Boulevard in Montgomery. When the officers learned that Washington had rented a room at the motel, they knocked on the door and arrested Washington when he opened the door. During a subsequent search of the motel room, law-enforcement personnel discovered $1,700 in cash, mostly in $100 bills, crack cocaine, a black baseball-style cap, and various articles of clothing. In the Jetta, they found an additional $6,300 in cash, all in $100 bills, as well as several United States half-dollar coins and one foreign coin.

“Washington was taken to ABI headquarters where he was interviewed. In his statement, Washington stated that Mr. McKinnon had loaned him the Jetta; that he had driven a friend to Atlanta on the night of Monday, January 20, to purchase drugs; that, on the way, they stopped at a truck stop at the Wire Road exit on Interstate 85; that he had ‘had words’ with a waitress at the truck stop regarding his order (C. 289); and that his friend had given him $2,500 in cash for making the trip. Washington did not provide the name of the friend he had allegedly driven to Atlanta. After Washington gave his statement, law-enforcement personnel obtained a search warrant for the clothes Washington was wearing as well as fingernail clippings from Washington. Subsequently, on February 6, 2003, law-enforcement personnel obtained a seizure order for samples of Washington’s hair and saliva.