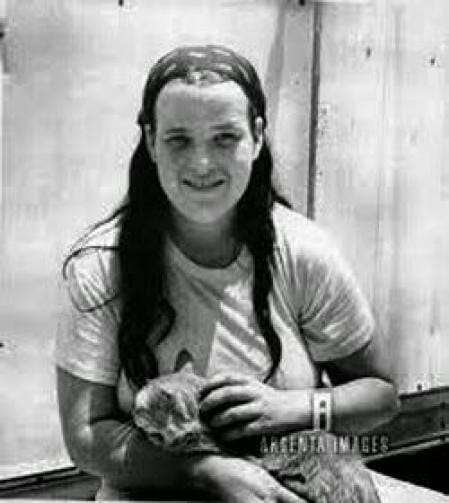 Christine Falling is a teen killer and serial killer from Florida who was responsible for the murders of three children. Due to her confession Christine Falling would be sentenced to life in prison and the death penalty was taken off the table. In this article on My Crime Library we will take a closer look at Christine Falling.

Christine Falling was born on March 12, 1963 in Perry Florida. At the time of her birth her father was 65 years old and her mother was just 16 years old. Christine who is mentally challenged also suffered from epilepsy

Due to her family inability to take care of her Christine Falling was in and out of foster homes and orphanages. According to reports to deal with her anger she began killing animals in the area.

When Christine Falling was fourteen years old she was forced to marry a 20 year old man however the marriage was doomed from the start and would end in six weeks. Falling was also dealing with severe health issues and would be in and out of the hospital over fifty times.

Due to her mental capabilities the only job she was capable of was babysitting.

In 1980 Christine Falling was babysitting Cassidy Johnson when the child became ill and was brought to a doctors office where Cassidy was diagnosed with Meningitis caused by a traumatic brain injury. Falling told the doctor the child had fallen from her crib however the doctor did not believe her and sent a note to the police to investigate her. The note was lost before it reached authorities.

Two months later Christine had moved to Lakeland Florida where she was babysitting a four year old boy, Jeffrey Davis, who would die during her car. The official cause of death at the time was Myocarditis however doctors did not believe that was the only reason the child died.

During Jeffrey Davis funeral Christine Falling was asked to babysit two year old Joseph Spring who would end up dying hours later from a viral infection.

In 1981 Christine would move to Perry Florida where she worked as a nursing assistant to seniors. On her first day of work 77 year old, William Swindle, who would die in his kitchen,

Later that year Christine Falling half sister daughter 8 month old sister, Jennifer Daniels, would die from what doctors believed was Sudden Infant Death Syndrome. Christine was looking after her at the time.

In 1982 Christine was babysitting eight month old Travis Coleman would die under her care. At the autopsy doctors would learn the child died from injuries that could only happen if he was suffocated.

Christine Falling was contacted by police after the death of Travis Coleman and she would confess to the murders of three of the children. Due to her confession prosecutors agreed to take the death penalty off the table and sentenced her to three life in prison sentences. Christine Falling is eligible for parole as of 2017. At her first opportunity she was denied and her next parole hearing is in 2024

When asked why Christine had murdered the children she would tell police that the voices in her head told her to do so.

Longtime locals might remember the case of a babysitter in Blountstown who confessed to killing children.

But the woman dubbed the “Killer Babysitter” is staying behind bars.

Christine Falling was just 19 years old when she pleaded guilty to killing three children. In exchange, the state didn’t pursue charges for two other kids who died in her care, and it didn’t seek the death penalty.

The charges may never have been filed if she hadn’t confessed.

“I choked her ’til she quit breathing and she’d turned purple,” Falling said.

As a child, Christine Falling reportedly strangled or dropped cats from high places to test their nine lives. Her stepfather Jesse Falling, who adopted her at age four, was bewildered.

“Because she was a lover of children. I still say that,” he said.

Falling also later confessed to killing a 70 year old man her first day on the job as his housekeeper.

By law, Falling remains eligible for parole, but prosecutors told the review panel that the so-called babysitter from Hell deserved no mercy.

“This woman killed five babies from age two months to four years old. She says she just did it the way she saw on TV. She says she doesn’t know why she did it. Sometimes they cried and they made her mad. One time she just felt the urge,” said Joy Powell, an assistant state attorney in Perry.

No one showed up on Falling’s behalf at her parole hearing Wednesday.

The panel showed no mercy. Christine Falling’s presumptive release date is 2254, likely long after she dies.

Falling gets another hearing in seven years, but the question asked across the county in the wake of the deaths, “Can you trust your babysitter?,” is as relevant today as it was 25 years ago.

The first child, 2 years old, died 2 1/2 years ago. Twelve months later, a 4-year-old boy and his 2-year-old cousin died of heart inflammation within three days of each other. After the fourth child died in the arms of the 19-year-old babysitter after an immunization injection, she vowed to stay away from children.

“Sometimes I wonder if I don’t have some kind of spell over me when I get around young ‘uns,” Christine Falling, the babysitter, told a reporter.

Today authorities in the Florida panhandle community of Blountstown charged the babysitter with first-degree murder in two deaths after a fifth child, Travis DeWayne Coleman, 2 months old, died in her custody earlier this month. According to state attorney Jim Appleman, Falling was charged with the murders of Cassidy Marie (Muffin) Johnson, 2 years old, and Coleman by strangulation or suffocation or both

At a news conference today, Appleman said Falling is being held without bond in the deaths of Johnson, in February, 1980, and Coleman, who died on July 3. The three other deaths in the communities of Lakeland and Perry are not in his jurisdiction, Appleman said.

“It’s just a weird probability,” said public defender Virgil Mayo, who was appointed Falling’s attorney this morning. “But the law of probability is weird.”

Authorities declined to release any evidence in the deaths. “Let’s just say we got enough evidence that we felt comfortable in making an arrest,” sheriff Buddy Smith said.

For the past 2 1/2 years, the mysterious deaths have raised speculation, including voodoo and hexes, in Blountstown, population 4,000. But today, Mary Goodman of Goodman’s Cafe said brusquely: “Nobody wants to discuss it.”

Unskilled and impoverished, Falling as a child was shuffled from home to home by relatives and social workers, sheriff Smith told a reporter last year. She left school after seventh grade to marry and have a baby but she lost the child and the marriage soon ended, Falling has said.

Doctors examined Falling last year in search of a mysterious lethal virus but found nothing wrong. Recently she had cared for relatives’ children without incident.

The first victim, 2-year-old Muffin Johnson, died after staying with Falling for four hours. A few days later, Falling was caring for Kyle Summerlin, 3, when he was rushed to the hospital and treated for meningitis. He survived.

In early 1981, Falling was watching two brothers who went into convulsions. They were hospitalized and recovered.

A few days later, Falling was babysitting for Jeffrey Michael Davis, 4, when she said she couldn’t awaken him from a nap. He died of myocarditis, an inflammation of the heart muscle. Three days after that, his cousin, Joseph (Joe-Boy) Spring, 2, died of the same illness while in Falling’s care.

A year ago, Jennifer Yvonne Daniels, 8 months old, died. She was Joe-Boy’s sister and both were the children of Falling’s stepsister. Falling and the baby’s mother had taken Jennifer to the health department for a vaccination. Falling held the baby when she started screaming from the shot and kept holding her when they went to the grocery. In the car, Jennifer grew quiet. “I was just hollering, ‘Oh, not again,’ ” Falling told a reporter.

Earlier this month, the Coleman baby, who had displayed pneumonia-like symptoms, died after he had been in Falling’s care the night before.

Appearing dazed and haunted in an interview in her trailer a week ago, Falling said she was convinced she was not to blame. “Just because I’m not having an easy life . . . maybe it will straighten up one day,” she said, adding, “I don’t see how that’s ever going to happen.”