On September 21, 1983, at approximately 1:30 a.m., Angelina, Victor and James Lunario were murdered in their home located in Throop, Lackawanna County. All three victims *248 had been stabbed repeatedly. Angelina was found sitting upright on the sofa in the living room, while James was found in his hospital bed also in the living room. Victor Lunario was found in his bedroom on the second floor of the house in Throop. Victor’s and Angelina’s bedrooms had been ransacked. On the floor in Victor’s bedroom was a lock box which had been broken open. The lock box was surrounded on the floor with empty brown government envelopes with dollar amounts written on them totalling $4,256.25. Down the hall from Victor’s bedroom, Angelina’s bedroom had papers, shoe boxes, and jewelry strewn on the floor. In her bedroom closet was found a brown sweater sleeve which had been fashioned into a homemade ski mask.

The state police concentrated their investigation upon the brown sweater sleeve ski mask. Eventually, the police obtained a photograph of Martin Chmiel, David Chmiel’s brother, who was wearing a sweater that looked similar to the brown sweater sleeve ski mask. Although Martin Chmiel had on a prior occasion denied any knowledge of the crimes, the state police once again questioned Martin and when the police confronted him with the photograph and the mask, Martin broke down and told the state police the same facts that he later testified to at trial, which was the Commonwealth’s principal evidence in this case.[1]

Martin Chmiel related that in late August or early September, 1983, he and Appellant had a conversation in Appellant’s automobile during which David Chmiel told Martin that Appellant needed “fast money.” Martin told Appellant that there was money in the Lunario home in Throop, Pennsylvania. Appellant and Martin then made plans to rob the house in Throop. The brothers plotted to use masks during the robbery. Martin *249 suggested that sleeves be cut off an old brown sweater that he had at home in order to make the masks.

Subsequently, Martin Chmiel once again met David Chmiel in Appellant’s automobile to further discuss the robbery. Martin brought with him to this meeting the two sleeves that he had removed from his brown sweater. During their conversation, Martin continued to fashion the two ski masks from his sweater sleeves by using his fingers to make eye holes and tying a knot at one end of the sleeve and then trying one on to see if it fit. Martin left the two masks in Appellant’s automobile.

As a result of the information provided by Martin Chmiel, Appellant was arrested on September 28, 1983, and charged with the crimes committed against the Lunarios.

In the early morning hours of September 29, 1983, the state police obtained from Martin Chmiel a dark brown and beige sweater with its arms removed and a blue and white flashlight. The blue and white flashlight appeared to be very similar to a flashlight found at the Lunario home on the morning the murders were discovered. Thereafter, that same morning, the state police executed a search warrant at Appellant’s home. In a hutch in the dining room, the police officers found *250 an envelope containing $2,400 in U.S. currency, some of which was bound in money wrappers.

Review of the facts of this case leaves no doubt that the evidence was sufficient for the jury to have determined that all elements of the crimes had been established beyond a reasonable doubt. 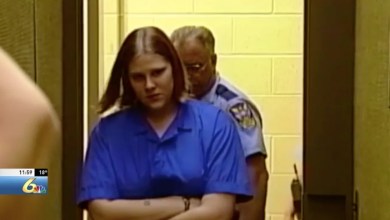