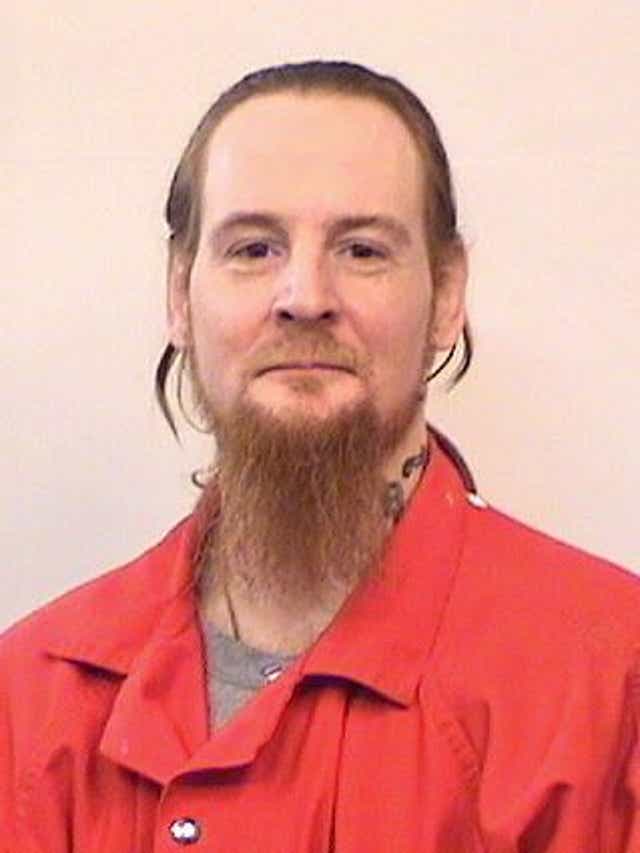 The psychopath went on camera denying that he had anything to do with the brutal double murder however he would later change his tune and confess to the double murder. Fredrick Baer was sentenced to death however in 2018 his death sentence would be overturned and he would be sentenced to life in prison without the possibility of parole.

The victims father and husband has publicly said that he wants Fredrick Baer to spent the rest of his life in prison. Fredrick was one of the many inmates featured in the Trevor McDonald Death Row Documentary which is below

John “Chip” Clark did not immediately move from his seat when he was called to the witness stand at Fredrick Baer’s resentencing hearing on Thursday.

A tearful woman sitting in front of him reached back to touch his knee – “you have to do this,” she whispered.

Clark’s face was flushed deep red and he kept his hands clasped in front of his face for several seconds before standing up to walk past Fredrick Baer.

Once on the witness stand, Clark answered questions from Madison County Prosecutor Rodney Cummings, but he made very few statements in the court with the exception of one. He wanted Baer to be punished for the rest of his life for murdering his 26-year-old wife Cory Clark and 4-year-old daughter Jenna on Feb. 25, 2004.

Dudley granted his request resentencing Baer, 47, to two counts of life without parole for the slayings.

Fredrick Baer initially was sentenced to death for the murders on June 9, 2005, but that sentence was overturned by the U.S. Seventh Circuit Court of Appeals.

The U.S. Court of Appeals cited ineffective legal counsel for failing to object to jury instructions that kept the jury from considering mitigating circumstances and failure to object to instances of prosecutorial misconduct by Cummings in its decision to overturn Baer’s death penalty sentence.

During the selection of a jury, brought in from Huntington County, the Court of Appeals said Cummings incorrectly suggested that the standard for guilty but mentally ill and legal insanity were the same.

The court said Cummings also made statements suggesting the life sentence without parole could be changed by the Indiana General Assembly.

Morgan Clark was 7 years old when her mother and little sister were killed by Fredrick Baer in 2004 at their home near Lapel. She was at school when the murders happened, but she said she is still haunted by their deaths and suffers from post-traumatic stress disorder because of it.

Fredrick Baer admitted to the crimes at the time of his 2005 trial and agreed Thursday to a plea agreement of life imprisonment without parole for both murders.

Before he was sentenced, Dudley allowed Fredrick Baer to make a statement in court.

“To the family and friends and community of Cory and Jenna Clark, Mr. John Clark and Ms. Flemming, there’s no excuse to justify what I did to your loved ones,” Baer said. “I know that to say I am sorry is meaningless because it doesn’t do anything to lessen your loss. But I am deeply sorry for the terrible grief and pain that I have caused you.

“I live with the regret of having stolen two innocent lives every day. I can only give you my sincere apology. I know you are free to reject my apology. I will be punished for the rest of my life for what I have done, but I will with the sorrow and regret of my actions forever in my heart and soul.”

Dudley said he only accepted the plea agreement because it was what the victim’s family wanted.

Following the resentencing, Flemming said she wanted people to remember what Fredrick Baer did to her family.

“I think we need to know and remember what he did to a 4-year-old child, and that’s damage we have to live with and we want to remember the true victims,” she said.

A week ago, in Madison County just northeast of Indianapolis, a 26-year-old mother and her four-year-old daughter were murdered. They were attacked from behind, their throats slashed.

The prime suspect – Fredrick Baer. A man with a lengthy criminal record that stretches from Knox County to Marion to Hamilton to Madison.

In an interview with NBC affiliate WTHR, Baer admits he was in the neighborhood that day, that he was high on marijuana and meth but says he didn’t do it.”Am I a cold sadistic murderer? Would I cut a girl’s throat, a five-year-old girl? No,” claims Baer, “Did I kill anyone? No. I’m just a regular person. I didn’t kill anyone.”

In Marion County, Fredrick Baer is being charged with two brutal rapes. In Hamilton County, he’s accused of rape, and burglary, and more charges are expected there.

We stopped by John Sievers’ office for a comment, but his assistant said he was in court all day, and he did not return our phone calls.

Rodney Cummings, Prosecutor for Madison County, where the mother and daughter were killed, is also trying to reach Sievers.

In fact, Cummings wrote a letter to Sievers, essentially asking why Frederick Baer wasn’t given a longer sentence for his crimes. Here’s part of that letter:

“It appears Baer was habitual eligible and possibly could have been charged with escape. I would appreciate information you could provide to help me explain why Baer was not incarcerated longer than 18 months.”

Habitual eligible is an Indiana law that would have given Fredrick Baer a longer sentence for committing several crimes.

But, Vincennes Police Chief Bob Dunham, says there are a lot of factors that play into a sentencing a criminal.Dunham says, “I think he probably falls within the standards of what happens in most court systems. Everybody knows that the prisons are overcrowded and when we dealt with this individual, they were not necessarily violent crimes. He did resist law enforcement, but it wasn’t a violent situation per-say.”Authorities say Baer, who is originally from Indianapolis, lived in Bicknell for a short time and quickly made a name for himself in the area.

A man convicted of killing a central Indiana woman and her 4-year-old daughter faces resentencing next month after federal courts threw out his death sentence.

Fredrick Baer is scheduled to go before a Madison County judge on Aug. 1. County Prosecutor Rodney Cummings tells The (Anderson) Herald Bulletin that he expects the 47-year-old Indianapolis man will be sentenced to life in prison without parole.

Baer was convicted in the 2004 slayings of 26-year-old Cory Clark and her daughter Jenna at their rural Madison County home about 25 miles northeast of Indianapolis.

A federal appeals court upheld Baer’s murder convictions but faulted his defense lawyers for failing to object to instructions that kept jurors from considering mitigating circumstances. Baer maintained he was under the influence of methamphetamine.