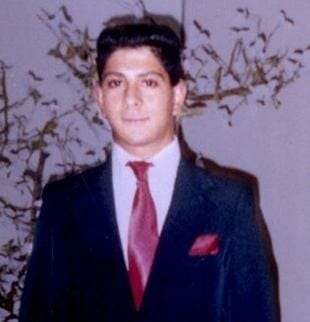 The murder of Bobby Kent was a Florida murder committed by a number of teenagers including his best friend. The murder that took place in 1993 was a rather shocking case due to its brutality and the ages of the teen killers. On this article on My Crime Library we are going to take a closer look at the murder of Bobby Kent

Bobby Kent best friend over the last few years was a kid who lived in the same Florida neighborhood whose name was Martin Puccio, everyone would call him Marty. The two had a rather odd relationship as Marty claimed that Bobby would bully him as well as assault him.

The parents of both of the teenagers did not approve of the relationship as well as the Puccio’s would see the bruises that Bobby Kent left on Marty and Bobby Kent’s father thought that Marty had not future and would drag his son down. Marty Puccio dropped out of high school and was working minimum wage jobs

In early 1993 Marty Puccio started to date an eighteen year old girl by the name of Lisa Connelly who immediately became jealous about how much time her new boyfriend was spending with Bobby Kent. Lisa Connelly tried to distract Bobby by setting him up with a friend of hers, Alice “Ali” Willis. The two would not date long however as Bobby was reportedly abusive towards Ali Willis.

By the summer of 1993 Lisa Connelly was discussing with Marty Puccio and others about killing Bobby Kent to get rid of him. By this time Lisa Connelly was pregnant and wanted Kent out of the picture. According to Ali Willis, Lisa called her and told her that Bobby Kent threatened to kill Willis and smother her baby. Lisa told Ali to come to her home so they could discuss how to solve their Bobby Kent problem.

Ali Willis would show up at Lisa Connelly home and she brought along with her two of her friends, Donald Semenec who Ali was dating and Heather Swallers. The group would discuss and come up with a plan to murder Bobby Kent

The plan the group came up with was put into play on July 13, 1993. Marty Puccio, Donald Semenec, Heather Swallers, Lisa Connelly, Ali Willis met Bobby Kent at a new housing development. Early on Donald and Heather became uncomfortable and would leave.

The plan consisted of promising Bobby Kent that he could drive Ali Willis new car and have sex with her. While the two were engaged in sexual activity Lisa Connelly would fatally shoot Bobby however she lost her nerve when the time came.

Even though their first plan to murder Bobby Kent failed the group still wanted to get rid of him. Lisa Connelly would come into contact with Derek Kaufman, a reported hitman, the group would meet with him at his residence (where he lived with his parents). Lisa asked Kaufman to get a gun however he reported said he could not get one in time.

The group would go back to Lisa Connelly home where they were joined by her cousin Derek Dzvirko. The group would discuss their plans to murder Bobby Kent the next night.

On July 14, 1993 the seven would meet at Marty Puccio’s residence where they would call Bobby Kent and arrange to meet him later that night. At 11:30pm Bobby Kent would be picked up and it would be the last time his parents saw him alive

The group headed back out to a construction site and once there Bobby Kent and Ali Willis would head off so they would be able to talk, Heather Swallers would join them. While the two girls would distract Kent Donald Semenec would run up and strike Kent with a knife to his neck.

Bobby Kent reportedly turned around and asked Marty Puccio for help, however for a reply Marty would stab his best friend in the stomach. While Bobby begged for his life Marty would continue to stab him. When Bobby tried to run away he would be swarmed by Puccio, Semenec and Derek Kaufman. Marty Puccio would slit Bobby’s neck and Derek Kaufman would strike him in the head with a baseball bat. Bobby Kent was dead by this time and his body was left near a pond in the hope that alligators would get rid of the evidence

The group of seven would leave the area and would make promises to each other that no one would talk about the murder to anyone however this did not happen.

Lisa Connelly would tell her mother and her mom would call the mother of Derek Dzvirko. The two sisters would bring their adult children to a lawyer who happened to be their brother. The lawyer would put them in contact with a detective of the Broward County Sheriff’s Office. Soon after Derek Dzvirko would confess everything to the detective and lead him to the body of Bobby Kent

Marty Puccio was originally sentenced to death however on appeal his sentence was reduced to life in prison with the chance of parole after 25 years. He will be eligible in 2022

Lisa Connelly was initially sentenced to life without parole however her sentence would be drastically reduced to 22 years in prison. She would be released in 2004

Derek Dzvirko plead guilty to second degree murder and would be sentenced to 11 years in prison. He would be released in 1999

Heather Swallers plead guilty to second degree murder and would be sentenced to seven years in prison. She would be released in 1998