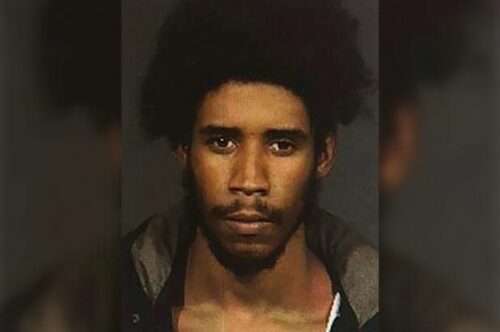 The New York Police Department (NYPD) have announced they have arrested and charged Rigoberto Lopez with the two murders that took place in the New York subway system. According to police reports Rigoberto Lopez was arrested at a homeless shelter where he was still armed with a knife. It is unknown at this time whether that knife was the one used during the four stabbings that left two people dead.

Who Is Rigoberto Lopez

A variety of news sources online are reporting that Rigoberto Lopez who suffers from mental illness has confessed to the four stabbings that left two people dead.

Rigoberto Lopez would be arrested again the next month when he struck a police officer who was investigating a call that Rigoberto was harassing someone else who had an order of protection against him.

Rigoberto Lopez was last arrested in November when police stopped him after seeing him walking around with a large knife. After searching him they would find 48 bags of cocaine on him.

On Friday February 12, 2021 a sixty seven year old homeless man was sitting on his walker by the 181st St. stop was stabbed in the right knee and buttocks before Rigoberto Lopez fled

NYPD would find the body of a man on a subway train near the Far Rockaway-Mott Ave. station. The man was stabbed multiple times in the neck and chest

Two hours later a woman was stabbed multiple times near the Inwood/207th St. stop. She was transported to the hospital where she would die from her injuries.

The last person was stabbed multiple times in the back and neck while he slept at the 181st St./Fort Washington Ave. station just after midnight. The victim was able to find a security guard who immediately called for help.

A man arrested following a series of violent subway stabbings is being held without bail amid growing calls for action to stop a rising tide of violence on New York City’s subway system.

Rigoberto Lopez was ordered held without bail at his arraignment Monday morning in connection with four violent subway attacks.

Prosecutors say the 21-year-old man admitted to all four attacks and has a history of drug and assault arrests.

Lopez was taken into custody late Saturday and charged with murder and attempted murder in connection with the stabbing deaths of two homeless people on an A train and a knife attack on two others at the 181st station in Washington Heights, where he was apprehended.

Detectives were able to track Lopez down using video surveillance.

He was found with bloody clothes and a knife which, according to investigators, Lopez himself identified as the murder weapon.

The NYPD has now assigned an extra 500 additional officers to the city’s subway system after a string of attacks in recent months has led to calls for increased police presence.

Mayor Bill de Blasio rode the downtown 5 train Monday night to assure riders the subways are safe. Of course, he was surrounded by police.

“I want people to know, we’re going to do whatever the hell it takes to keep subways safe,” de Blasio said.