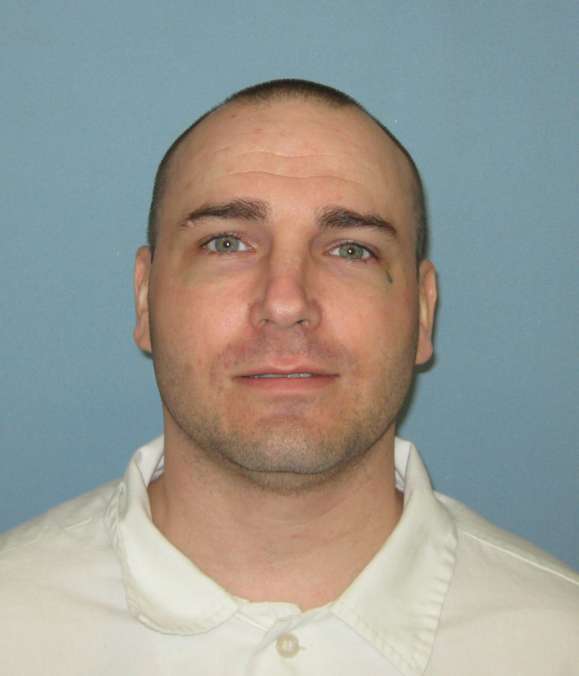 Judge Jacob A. Walker III today overrode the recommendation of a Lee County jury and sentenced Gregory Lance Henderson to death for running over and killing Deputy James W. Anderson during a traffic stop in 2009.

Jurors convicted Henderson, a Columbus man, of murder last year and recommended by a 9-3 vote he serve life in prison without parole. Alabama judges have the final say in capital cases, and Walker had been urged by prosecutors and the law enforcement community to send Henderson to death row.

“Nothing can bring James back, but I believe there is a degree of closure provided to his loved ones and the law enforcement community in light of the court’s decision today,” Jones said. “We should never tolerate the deliberate killing of a law officer while performing their sworn duty. The punishment should fit the crime- this sentence does just that.”

Anderson had been trying to pull Henderson over off Lee Road 240 for a switched tag violation when Henderson began evading him. The deputy stepped out of his vehicle and ordered Henderson to stop when he struck him with his Honda Civic

Witnesses said Henderson floored the accelerator, crushing Anderson, who was unable to breathe as he was pinned between the car and the ground.

“It is the State’s position that the only remorse by this defendant was remorse that he was caught and that he failed at his attempt to avoid apprehension on an outstanding warrant for parole violation,” Assistant District Attorney Kisha A. Abercrombie argued in court filings.

Henderson maintained he was high on methamphetamine and marijuana, and that Anderson’s death was an accident. Defense attorney Jeremy W. Armstrong of Phenix City pointed to Henderson’s troubled upbringing and his borderline intellectual ability in asking Walker to affirm the jury’s recommendation.

“The death penalty, in my opinion, is for the worst of the worst,” Armstrong said in a telephone interview. “In this situation I just think we had some pretty good mitigating things to support life without parole and not override.”