Ivan Cantu lived in an apartment with his girlfriend, Amy Boettcher, near where his cousin, James Mosqueda, lived with his fiancee, Amy Kitchen.   According to Boettcher’s testimony, Cantu called Mosqueda on the night of November 3, 2000 at approximately 11:30 p.m., and asked if he could come over to Mosqueda and Kitchen’s house.   Cantu then told Boettcher that he was going to their house to kill them, but Boettcher did not believe him.  Ivan Cantu left his apartment with his gun and returned an hour later driving Kitchen’s Mercedes.   His face was swollen and a substance that looked like blood was on his jeans and in his hair.   Cantu had Mosqueda’s and Kitchen’s identifications and keys.   Cantu cleaned up, and Boettcher threw his bloody jeans into the trash.   Cantu and Boettcher then went together to the victims’ house in Kitchen’s Mercedes.   There, Boettcher saw both victims’ bodies through the doorway to the master bedroom, while Cantu was searching the house for drugs and money.   Cantu took the engagement ring that had belonged to Kitchen and gave it to Boettcher.   Cantu and Boettcher left Kitchen’s Mercedes parked in the garage and drove off in Mosqueda’s Corvette.   The couple later drove to Arkansas to visit Boettcher’s parents, where they were when the bodies were discovered the following evening.

Police found no evidence of forced entry at Mosqueda and Kitchen’s house.   Police spoke with Cantu’s mother, then searched Ivan Cantu and Boettcher’s apartment.   Police obtained a search warrant to search the apartment a second time and found the bloody jeans, ammunition, a key to the victims’ house, and a key to Kitchen’s Mercedes.   Police also found Cantu’s gun at his ex-girlfriend’s house where Cantu and Boettcher had stopped on the way home from Arkansas.   Cantu’s fingerprints were found on the gun’s magazine, and Mosqueda’s blood was found on the gun’s barrel.   Police arrested Cantu for the murders. 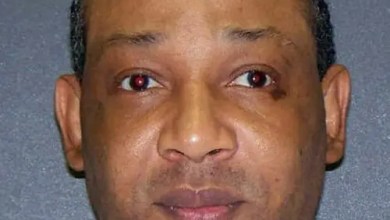