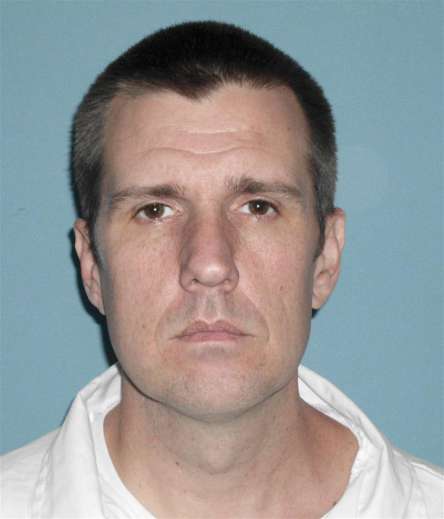 Jason Sharp was sentenced to death and remains on Alabama Death Row for the sexual assault and murder of a woman. According to court documents Jason Sharp would sexually assault and murder Tracy Morris. It would take seven years for the trial to finally happen and the judge and jury determined the crime was brutal enough to deserve the death penalty.

Thursday marked the beginning of the end of a nightmare for a Valley family.

A jury convicted Jason Sharp in the rape and murder of a Valley nurse, then handed down the death penalty.

“Its over, totally over,” says Lynn Morris, Tracy Morris’ mother.

Tracy Morris was raped and stabbed to death 7 years ago.

Her family’s nightmare has been in courtroom one of the Madison County Courthouse for three weeks.

“It’s bad enough that our baby was murdered but having to wait seven and a half years is just cruel. It’s not fair,” says Morris.

Just two weeks before, jurors in the Jason Sharp trial decided that the murder and rape of Tracy Morris was heinous, atrocious and cruel, recommending the death penalty.

A decision that took less than an hour sentenced Jason Sharp to death.

Judge Hamilton reaffirmed in her own words that the crime was wicked, outrageously evil and vile.

All the while Sharp, clad in orange, sat with his head down. He never once made eye contact with a family he ripped apart.

While it’s a disappointing day for defense attorneys, they say it’s not over.

“We weren’t totally surprised obviously we were disappointed but that’s not what we wanted for sure, his process is just beginning,” says defense attorney Allen Mann.