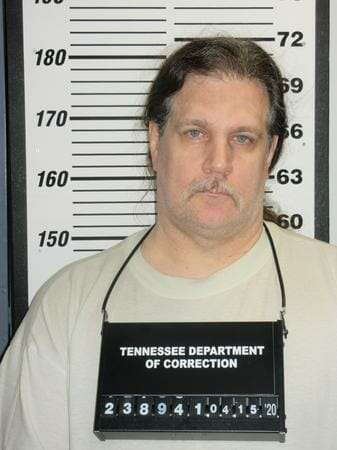 When she met the defendant, Billie Jo Hall had two daughters, Jennifer and Cynthia, from a former relationship.   After their marriage, she and the defendant had two more daughters, Stephanie and Jessica.   The youngest, Jessica, suffered from cerebral palsy.   At the time of her murder, Mrs. Hall and the defendant were estranged and living separately.

On the night of July 29, 1994, the defendant went to Mrs. Hall’s house to discuss a reconciliation.   He brought a $25.00 money order made out to Mrs. Hall as a payment toward child support.   Prior to entering the house, the defendant disconnected the telephone line at the utility box on the outside wall of the house.2  When Mrs. Hall answered the door, the defendant pushed his way into the room where she and the children were watching television.   The defendant told the girls to go to bed.   When they did not immediately obey his order, the defendant tipped over the chair in which Mrs. Hall was sitting.   The defendant and Mrs. Hall then went back into her bedroom.   The children, who had gone into their bedrooms, could hear “[t]hings slamming around” and their parents yelling at each another.   When the children tried to enter the room, they found the door blocked.   The three oldest children, Jennifer, Cynthia and Stephanie, persisted in their efforts to get into the room and finally succeeded.   They attempted to stop the defendant from hurting their mother.   When Mrs. Hall told the children to go to a neighbor’s house, the defendant told them that if they went for help, “he was going to kill Mama.” He also told Mrs. Hall, a college student, that she would never live to graduate.   Cynthia and Stephanie tried to use the telephone to call for help, but they discovered the telephones would not work.   At that point, they went to a neighbor’s house where they called 911.   Jennifer, the oldest child, was the last to leave the house, carrying her sister Jessica.   Before she left, she saw her mother and the defendant leave the bedroom and go outside.   She watched the defendant drag her mother, “kicking and screaming,” to the small pool in the back yard.

The first officer to arrive on the scene was Chief Jerry Bingham of the Henderson County Sheriff’s Department.   Upon his arrival, he was directed by a neighbor to check the pool where he found Mrs. Hall’s body floating face down in the water.   He immediately called Emergency Medical Services and a Tennessee Bureau of Investigation (TBI) investigator.   TBI Agent Brian Byrd arrived on the scene shortly after midnight.

Agent Byrd entered the house and found the master bedroom in disarray.   Bloodstains marked the bed, a counter top, and a wedding dress.   The telephones inside the house were off their hooks.   A $25.00 money order made out to Mrs. Hall and dated the day of the murder was found inside the house.   No weapons were found.   A trail of drag marks and bloodstains led from the master bedroom, out the front door, over the driveway, past the sandbox, and down to the pool in the back yard.   Mrs. Hall’s t-shirt was lying beside the pool.   Clumps of grass ripped from the ground floated in the blood-tinged water of the pool.   Outside the front door of the house the telephone junction box was opened and the phone line was disconnected.   The grass and weeds near this box were matted down.

Dr. O’Brien Clay Smith, the forensic pathologist who performed the autopsy on Mrs. Hall, testified that the primary cause of death was asphyxia resulting from a combination of manual strangulation and drowning.   He could not say with certainty that either strangulation or drowning was the exclusive cause of death.   Evidence supporting strangling as a contributing cause of death included bruising on the left and right sides of Mrs. Hall’s neck, hemorrhaging in the neck muscles around the hyoid bone in the neck, and bleeding in the thyroid gland, which indicated that extensive compression had been applied to the neck.   Evidence supporting drowning as a contributing cause of death was water found in both Mrs. Hall’s stomach and in her bloodstream.   The water in her stomach could have collected when Mrs. Hall swallowed water as she was being drowned.   The water in her bloodstream would have entered when she took water into her lungs, and the water passed through the lungs into her bloodstream.

Before dying, Mrs. Hall sustained at least eighty-three separate wounds, including several blows to the head, a fractured nose, multiple lacerations, and bruises and abrasions to the chest, abdomen, genitals, arms, legs and back.   Abrasions on Mrs. Hall’s back were consistent with having been dragged across pavement.   Dr. Smith used a mannequin during his testimony to demonstrate the size and location of the various wounds on Mrs. Hall’s body, marking each wound with a black magic marker.   He described some of the injuries to Mrs. Hall’s arms, legs and hands as defensive wounds.   He characterized the injuries to the neck, face and head as intentional “target” wounds.   Except for the physical trauma associated with the strangulation, however, none of the injuries would have proven fatal.

Chris Dutton, who was confined in a cell next to the defendant, testified that while both men were incarcerated, the defendant confided in him about his wife’s murder.   When describing what happened on the night of the murder, the defendant told Dutton that he had tried to talk with Mrs. Hall about reconciling but “[a]ll she was interested in was the money.”   When she refused to consider his plea for reconciliation and demanded that he leave, “his temper got the best of him and he began to strike her.”   According to Dutton, the defendant had determined, even before he arrived at his wife’s house, “to make her feel as he did.   He wanted her to suffer as he did, feel the helplessness that he was feeling because she took his world away from him.”   The defendant told Dutton that he hit his wife in the head until he panicked, threw her in the swimming pool, then re-entered the house, took the car keys, and drove away in Mrs. Hall’s minivan.

Two witnesses testified on the defendant’s behalf during the guilt phase of trial.   Dr. Lynn Donna Zager, a clinical psychologist, interviewed the defendant several times after his arrest.   She diagnosed him as depressed and suffering from alcohol dependence.   In addition, she noted personality characteristics of paranoia and dependency.   In Dr. Zager’s opinion, at the time of the killing the defendant suffered from depression and alcohol intoxication.   These factors were compounded by his personality characteristics and various psycho-social stressors, including a sick child, loss of employment with the resulting financial problems, his impending divorce, and the terminal illness of a brother.   Dr. Zager testified that, in her opinion, the defendant acted in an impulsive manner in killing his wife, rather than pursuant to a preconceived plan.

On cross-examination, Dr. Zager admitted that she based her opinion concerning the defendant’s intoxicated state on statements he made to her and statements of other witnesses who saw him drinking on the day of the murder.   She agreed that no one she interviewed remarked on whether the defendant exhibited any of the typical physical signs of intoxication, such as slurred speech or lack of coordination.

Randy Helms, the defendant’s prior employer, also testified on behalf of the defendant.   According to Helms, prior to the killing the defendant had been severely depressed because of his family problems.

During the sentencing phase the State recalled Dr. Smith to testify in more detail concerning the extent of Mrs. Hall’s injuries.   The State introduced photographs of the injuries taken at the autopsy to illustrate Dr. Smith’s testimony.   These photographs depicted the numerous external wounds the defendant inflicted while struggling with Mrs. Hall.

The defendant called Dr. Zager and Dr. Joe Mount, a psychological examiner who counseled defendant at Riverbend Maximum Security Institution.   Both described the defendant as depressed, remorseful, suicidal and extremely concerned about his children.   Dr. Mount testified that the defendant had been diagnosed as suffering from an adjustment disorder with mixed emotional features (anxiety and depression) and “substance abuse of dependence by history.”

Helms also testified again.   He described the defendant as a good, dependable employee and told how the defendant had cared for his children when he brought them to work with him.   Helms stated that the defendant loved his wife and children and had hoped to reconcile with Mrs. Hall.