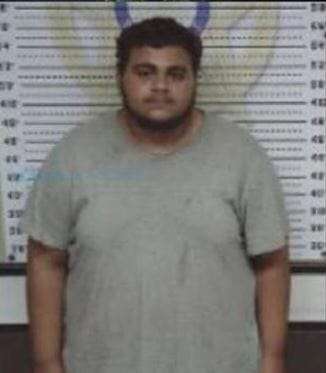 Joseph Wielzen was seventeen years old when he brutally murdered Kelsey Burnette in Tennessee. According to court documents Joseph Wielzen would attack Kelsey Burnette with a baseball bat before sexually assaulting and murdering the eighteen year old woman. This teen killer would be arrested, convicted and sentenced to life in prison without parole.

Joseph Wielzen was sentenced to life in prison with no possibility of parole Thursday after being convicted of first degree murder, first degree premeditated murder and aggravated rape.

The charges stem from the 2017 murder of Etowah teen Kelsey Burnette and Wielzen was found guilty of that murder on Wednesday.

Tenth Judicial District Attorney Steve Crump led the opening statement for the prosecution by informing the jury of what they should expect to see during the sentencing.

“You will hear what we call victim impact proof,” said Crump. “You will hear from the mother and father of Kelsey Burnette, who will tell you how their lives have changed since she died.”

Crump asked the jury for the maximum penalty against Wielzen.

“At the end of the day we will come back and ask you to impose the only sentence that we believe … that Joseph Wielzen should receive — a life sentence without the possibility of ever creating another Kelsey,” said Crump.

Defense Attorney William Brown stood before the jury reminding them to make a fair and impartial judgement.

“The law requires you to balance, to think,” said Brown.

The defense attorney noted that there were several witnesses ready to speak to Wielzen’s character.

“You will hear testimony from his father and his grandmother about what he was really like,” said Brown. “You will hear from this DCS (Department of Children’s Services) counselor who helped (Wielzen).”

Brown ended his opening statement by talking about Wielzen’s life before and after June 30 to July 1, 2017 as being “not worthy of being sentenced for life without parole”

“You have to weigh it,” said Brown. “This young man’s life is going to be thrown away forever with no ability to rebuild himself.”

Virginia Burnette, the mother of the victim, was called to the stand and discussed her daughter and how things have changed since her death.

“She was a provider for everybody that came across her,” said Burnette. “It feels like an elephant is sitting on your chest every day.”

David Burnette, the victim’s father, stated the loss of their daughter had an impact on their marriage.

The defense then took its turn, calling Harry Wielzen, the defendant’s father, to the stand.

He spoke about the difficulties his son faced throughout his childhood

He also told the jury that he never witnessed his son lay a hand on another woman and how he was “always respectful to women.”

The next witness was Donna Hitchcock, the defendant’s grandmother, who spoke about how Wielzen’s mother would “pop in and out” of the family to ask for money.

After the defense rested, the state called on the defendant’s ex-girlfriend, who claimed that she was 14 years old when she and Wielzen first started dating and that he would allegedly become “hypersexual” when he was drunk and “if he wanted something he would do whatever he could to get it.”

Crump then opened the closing arguments by referencing back to the expert witnesses.

“During the trial you heard the testimony of Dr. (Darinka) Mileusnic and Dr. (Murray) Marks. They described in detail the damage that was done by Mr. Wielzen when he beat Kelsey Burnette to death,” said Crump. “That testimony leads you … that this murder was seriously heinous, vicious and cruel. I am going to ask you to return a verdict of life without the possibility of parole.”

Brown then ended his argument by asking the jury to give Wielzen a second chance.

“When we began this trial, Mr. Wielzen’s defense never suggested that this was not a horrible murder,” said Brown. “To do that would be to ignore all of the evidence and all of the horribleness described.”

He argued that Wielzen’s troubled past was enough to allow him that second chance.

Crump, however, pointed back to the ending of Burnette’s life.

I stand here for Kelsey Burnette because she can’t, thanks to (Wielzen),” said Crump.

He pointed toward the defendant as he continued to make his argument.