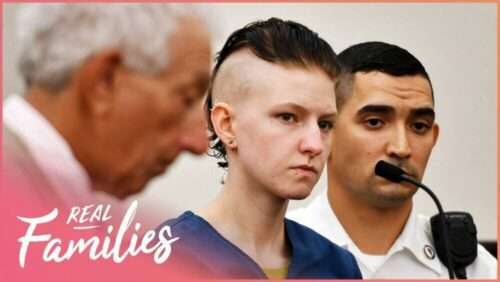 Julia R. Enright of 171 Packard Hill Road, Ashburnham was indicted Dec. 21 on a charge of first-degree murder in the slaying of 20-year-old Brandon Chicklis of Westminster on or about June 23 in Ashburnham.

Mr. Chicklis left his Westminster home June 23 and was reported missing the next day, when he did not arrive at his father’s New Hampshire home. His car was found June 29 at a supermarket in Rindge, N.H. On July 10, a jogger discovered Mr. Chicklis’ body on the side of the road several miles from where the car was located.

Mr. McLaughllin told Judge Kenton-Walker Thursday that the death of Mr. Chicklis was ruled a homicide and that he suffered multiple stab wounds. He said an analysis of the victim’s cellphone led investigators to Ms. Enright’s home and also showed the phone was at that address on June 23.

The prosecutor said Mr. Chicklis’ blood was found in a car belonging to Ms. Enright, a vehicle she told authorities Mr. Chicklis had never been in, and in a tree house adjacent to her family’s property.

He said Ms. Enright gave police varying accounts of her activities on June 23 and eventually said she and the victim had spent a good part of the day at her home. According to court records, she told investigators she and Mr. Chicklis had been drinking and that he left to buy drugs and never returned.

A judge has denied a defense motion to suppress evidence seized by investigators in searches of an Ashburnham murder suspect’s car and house.

The challenged evidence included bloodstains that prosecutors say were found in Julia Enright’s Toyota Prius and linked her to the stabbing death last year of her former high school classmate, 20-year-old Brandon Chicklis of Westminster.

Enright, 22, of 171 Packard Hill Road, Ashburnham, is awaiting trial in Worcester Superior Court on a first-degree murder charge in the slaying.

Chicklis left his Westminster home on June 23, 2018, and was reported missing the next day, after he did not arrive at his father’s house in New Hampshire. His car, unlocked and with the keys inside, was found on June 29, 2018, in a Hannaford Supermarket parking lot on Route 202 in Rindge, New Hampshire. His decomposed body, wrapped in blankets and trash bags, was discovered about six miles away, on the side of Route 119 in Rindge, on July 10, 2018.

He had suffered multiple stab wounds and his death was ruled a homicide.

As part of their investigation, state police detectives obtained call detail records for the victim’s cellphone, which revealed that Chicklis had been at 171 Packard Hill Road in Ashburnham from 11:30 a.m. through 3 p.m. on June 23, 2018. There was no further activity on the phone after that date.

On July 13, 2018, during questioning by police, Enright gave varying accounts of what occurred on June 23, 2018, ultimately admitting that Chicklis had been to her house that day, according to court records. She related that she and Chicklis smoked marijuana and drank alcohol on the day in question and were intimate in his car, according to court records. She further stated that Chicklis left to buy cocaine and never returned, the records show.

Enright reportedly told police that she and Chicklis dated and had a sexual relationship when they were in high school and that they had recently been communicating “off and on.”

Her car was seized by police on July 13, 2018, after she drove herself to the Ashburnham police station at the request of investigators. The seizure came after Trooper Shawn Murphy said he walked around the Prius looking for any dents or damage and saw red or brown stains on the floor mat behind the driver’s seat that he believed could be blood. A briefcase or computer bag was also seen in the backseat.

Police later obtained a search warrant for the vehicle. A cutting was taken from one of the stains on the floor mat, after a confirmatory test for blood was positive, and the cutting was sent for DNA processing. The genetic profile generated from the bloodstain was consistent with Chicklis’ DNA profile, according to court records.

A laptop computer that was in the car was seized.

Enright’s lawyer, Louis M. Badwey, filed a motion to suppress evidence obtained as a result of the seizure of the car, as well as a consent search of Enright’s home. The defense lawyer contended the seizure of the vehicle was not legally justified because the requirements for a plain view seizure had not been met and and that the consent to search Enright’s bedroom that was given by Enright and her father, John, was conditional on Enright being present during the search.

Regarding the seizure of the car, Badwey maintained it would have been impossible for Trooper Murphy to see the the stains from outside the Prius as he testified during an Aug. 26 hearing on the motion.

“I can be mean and rude to him or kind and he’ll initiate a warm hug and invite me back soon after,” one of the notes found allegedly stated.

Ms. Enright also wrote in a notebook about her fantasy of killing someone, according to Prescott’s affidavit.

“She wrote, ‘I daydream about it on occasion. I just have this insatiable curiosity to kill a person.’ The note indicated that she wanted to cure the world of overpopulation. Julia was asked about the notes and she acknowledged writing them, however she attributed them to a creative writing class,” Prescott said in his affidavit.

Mulqueen ruled that the police observations of suspected bloodstains in the back of Enright’s car, coupled with the knowledge that Chicklis’ last known location was at her house and that he had been stabbed multiple times, provided probable cause to search the vehicle. She said she credited the testimony of Murphy and other investigators that they were able to view the stains from outside of the car.

The judge further found that the evidence elicited at the hearing on the motion did not support the defendant’s argument that both she and her father placed limitations on their consent to search her bedroom. John Enright’s written consent contained no limitations, according to Mulqueen’s ruling, and Enright’s comments to police about her needing to “be there” were “clearly an expression that she needed to be in the house and her bedroom to take a shower and get ready to leave for New York” and were “not intended as a limitation on her consent to search her room,” Mulqueen wrote.

Prosecutors have said that Chicklis’ blood was also found in a treehouse adjacent to the Enright property. According to Prescott’s affidavit, the treehouse appeared to have been recently cleaned when it was examined by police on July 14, 2018. “There appeared to be a new piece of carpeting on the floor and handles attached to the walls near all four corners low to the floor, presumably used to attach restraint devices,” Prescott wrote.

The neighbor who owned the property where the treehouse was located told investigators she had been in the treehouse in April 2018. She said she planned to clean it out for use by her children and removed the carpeting that was present. She also said she saw no handles in the treehouse at that time.

When questioned by police, Enright’s boyfriend, John Lind, said he and Enright had spent time in the treehouse in recent months and that they would cut each other there and smear blood over each other’s bodies, according to Prescott’s affidavit. Lind related that the treehouse needed to be cleaned because he had defecated in it during sexual activity with Enright, the affidavit states.

Investigators said they found a receipt from Home Depot for a piece of carpeting purchased on June 26, 2018. “The video and transaction data was obtained from Home Depot and it shows Julia Enright purchasing the carpeting. She appeared to be alone,” Prescott wrote.

Enright, who has pleaded not guilty, remains in custody without bail. A trial date has not been set in her case.