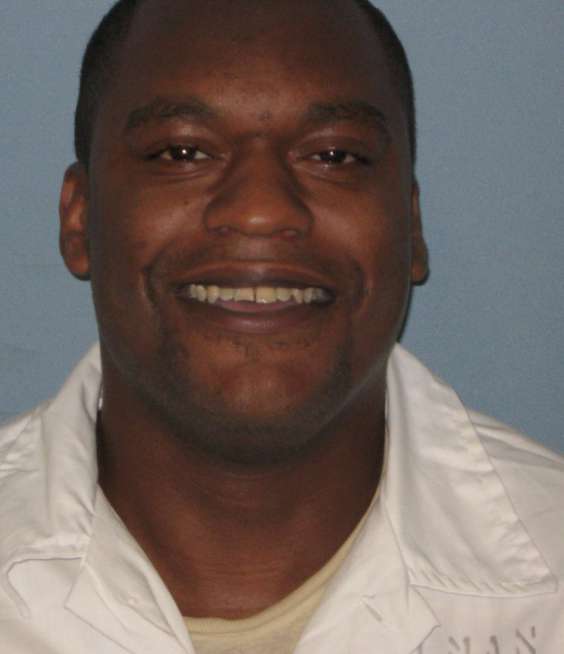 It would soon become the deadliest day in the department’s history.

Collins, then 37 and not yet a sergeant, had worked in the West Precinct for 10 years after leaving the Army, having served stints in Berlin and Operation Desert Storm.

While on patrol, Collins heard Owen talking on the police radio about a complaint on 18th Street in Ensley. He drove there to help and encountered Nathaniel Woods for the first time. Owen was checking to see if a car used by Woods and parked behind his Ensley apartment was stolen.

Woods was shouting expletives about the police from inside one of the four small, dingy apartments.

The officers argued with Woods through a screen door. At one point, Woods challenged Owen to stop hiding behind his badge and fight. The 58-year-old officer took off his badge, but Woods stayed behind the locked screen door.

A neighbor came over and told them to stop the nonsense and persuaded Owen to put his badge back on. Owen told Collins to check Woods’ name in the criminal database from his patrol car. His search showed Woods was wanted on a misdemeanor charge out of Fairfield, accused of beating up his girlfriend.

The officers, joined by Chisholm, left to double-check that the warrant was valid. Collins said Woods left the officers with one warning: ”Come in here, and we’ll (expletive) you up.”

Later, with a photo of Woods and a copy of the warrant in hand, they set out to arrest Woods. Bennett joined them. Collins and Owen went to the back door; Chisholm and Bennett covered the front.

They told Woods to come out. He did, but it was to curse them and argue he wasn’t a wanted man. They called Chisholm to the back to bring the warrant and photo.

”We didn’t know for sure 100 percent that it was him, so we had to get the picture,” Collins said in a 2005 interview. ”I wasn’t going to stand there and argue. Nathaniel Woods wasn’t going to agree with anything we said that day.”

Woods ran back into the apartment. Chisholm, Owen and Collins followed. Just inside the kitchen, Chisholm got Woods down on the floor as if he was about to handcuff him, and Woods yelled, “I give up. I give up. Just don’t spray me with that mace.”

Bennett, still out in the front of the building, said over the police radio: “They are coming out the front.” Collins wasn’t able to go to the front door through the apartment because Woods, Chisholm and Owen were blocking the doorway.

Instead, he ran out the back door to make his way to Bennett.

Gunfire erupted. Collins said he felt a slap on his side and on his pistol which was holstered. He said he was stunned and that he radioed a “shots fired” call and considered his options. “I can’t say it as fast as I thought it, but I was like ‘Hey dummy, you’re standing in the open and somebody’s shooting at you,” he said.

He took cover behind his police cruiser. He put out a “double aught” call, the most drastic request for backup an officer can make. The radio he was using kept giving him a busy signal as he frantically tried to call for help. “I’ll never forget that sound,” he said. “I called them (the other officers) on the radio but they didn’t answer. I knew then. I didn’t think there was much hope.”

He looked back at the apartment and saw a man, later identified as Kerry Spencer, standing just outside the apartment, firing a gun at him. His holster had been hit, there was a hole in his pants and a wound to his leg. Later he found a metal fragment in his pocket. ”That was the first time I saw him. I knew it wasn’t Nathaniel, and I was like, ‘Who the hell is that?’ ”

Spencer continued to fire. When Collins looked again, he was gone. Officer Hugh Butler was the first to go to Collins. ”When I saw him, I was like, ‘Thank God,’ ” Collins remembers. ”The first thing I said to him was, ‘It was only a misdemeanor.'”

Collins moved toward the apartment, but Butler blocked him. “I’ll never forget that,” Collins said. “It was a good thing. That would be images I would have seen forever.”

Hundreds of officers from Birmingham and other departments descended upon the scene. They found an SKS assault rifle outside the front door of the apartment, and a number of guns inside in plain view. A massive, tense manhunt followed, and Spencer and Woods were arrested later that day. Spencer was found hiding in the attic of a nearby home, still armed.

Spencer later would testify that they sold drugs out of the apartment, making up to $3,000 a day. He said he had bought the SKS the day before, and had even test-fired it the previous night.

On the morning of the shooting, he went to take a nap. He took a Seroquel, which is a short-acting anti-psychotic drug, with a beer to help him sleep. He took the assault rifle with him.

He testified that when he awoke, he saw Chisholm with a gun and “automatically opened fire.” “It was a split-second decision,” he later testified. “It wasn’t like I had time to say, ‘Oh, you fixing to shoot me. No. It was he pulled his gun up and I already had the weapon in my hand so I opened fire.”

Collins went to the hospital to be checked out. There they found, and removed, shrapnel from his leg. He was treated and released.