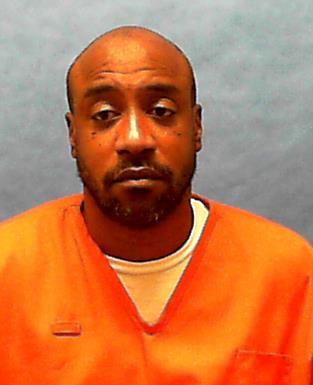 On the evening of December 25, 1999, Mary Ann Hobgood left her
parents’ house with her friend, Misty Jones, in a car driven by Jones’
boyfriend, Luther Douglas. Douglas was driving a red Ford Escort, which
belonged to the mother of one of Douglas’ children, Jimela Dozier. The
three then stopped at a liquor store and bough a bottle of rum and soda,
which Douglas and Hobgood drank. They then went to several area bars
and, when Douglas dropped Jones off at home around midnight, he left
with Hobgood in the car.

On the afternoon of December 26, 1999, Hobgood’s body was found
along a set of railroad tracks. She was found on her back in a shrub
line, with her legs stretched out in front of her. Hobgood’s body was
nude from the waist down, and her knit top and black bra were torn and
pushed up to her shoulders. Near the body, police found a lug wrench, a
rubber car part (later determined to be from the red Ford Escort), and a
blood-soaked maroon jacket, that was later determined to have belonged
to Douglas.
Forensic investigation determined that Hobgood died as
the result of blunt head trauma, with ten blows to the face, seven
blows to the back of the head, and seven to ten blows to her hands and
arms. Additionally, her jaw and nose were broken, several of her teeth
had been knocked out and her right shoulder was dislocated.
An
autopsy showed that additional, extensive injury was received
post-mortem, most likely the result of being run over by a car. A rape
kit indicated the presence of semen, later determined to be Douglas’.

Forensic testing in the red Ford Escort yielded traces of blood in, on, and under the car that matched Hobgood’s blood.

When
questioned by police, Douglas initially claimed that the blood found in
the car belonged to a friend, Eric Ransom, but police later determined
that Ransom was incarcerated at the time of the murder. Police then
arrested Douglas for the rape and murder of Hobgood. While in jail
awaiting trial, Douglas implicated himself in the crimes to a fellow
inmate.