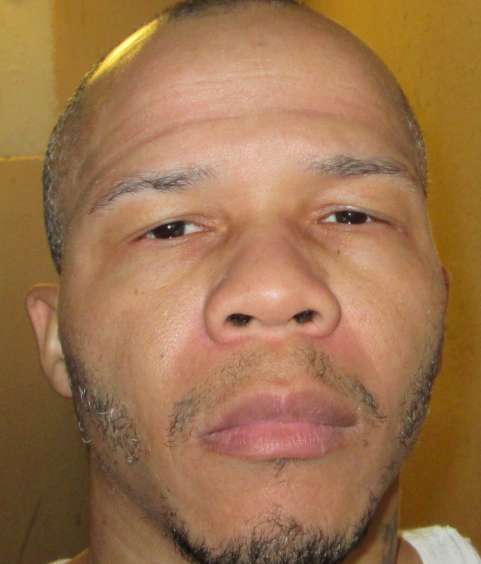 On November 27, 1996, Matthew Reeves (who was 18 years old at the time) and his younger brother, Julius, visited Brenda Suttles and Suttles’s 15-year-old cousin, Emanuel, at Suttles’s house on Lavender Street in Selma.   There, according to Suttles, everyone agreed to go out “looking for some robberies.”  (R. 684.)   Shortly after noon that day, the foursome left Suttles’s house on foot and walked to a nearby McDonald’s restaurant, where they saw Jason Powell driving by in his car.   The appellant’s brother, Julius, flagged Powell down, and Powell agreed to give the group a ride.

Brenda Suttles and Emanuel Suttles testified that after the foursome got into Powell’s car, Julius Reeves suggested that they go to White Hall, a town in neighboring Lowndes County, to rob a drug dealer.   According to Brenda Suttles, everyone in the car agreed to the plan.  (Powell, who also testified at trial, denied hearing the discussion about a robbery.)   Before leaving Selma, the group stopped at an apartment on Broad Street.   Julius Reeves went inside the apartment and returned to the car a short time later carrying a shotgun, which he handed to the appellant.   With Powell driving, the group then headed for White Hall.

Before they reached White Hall, however, Powell’s car broke down on a dirt road off Highway 80.   Shortly thereafter, a passing motorist, Duane Smith, stopped and told the group that he was in a hurry to meet some friends to go hunting, but that he would return around sunset and would take them to get help then.   For the next couple of hours, the group sat in Powell’s car and listened to music, until another passing motorist, Willie Johnson, stopped in his pickup truck and offered to tow Powell’s car to Selma.   Using some chains that he kept in his pickup truck, Johnson hooked Powell’s car to the back of his truck.   With Julius Reeves riding in the truck with him and the others in Powell’s car, Johnson towed the car to the Selma residence where the appellant and Julius lived with their mother.

When they arrived at the Reeveses’ house, Julius Reeves got out of Johnson’s truck and told the others that Johnson wanted $25 for towing them.   However, no one had any money to pay Johnson.   Julius Reeves then offered to give Johnson a ring as payment if Johnson would drive him to his girlfriend’s house to get the ring.   Johnson agreed and he unhooked Powell’s car from his truck.   According to Jason Powell and Emanuel Suttles, Julius Reeves at this point told the others that Johnson was going to be their robbery victim.   While Jason Powell and Emanuel Suttles stayed behind with Powell’s car in front of the Reeveses’ house, Julius Reeves got back in the cab of the truck with Johnson, and Brenda Suttles climbed into the rear bed of the truck.   Testimony indicated that when Johnson started the truck, the appellant jumped into the rear bed of the truck with the shotgun, hiding the weapon behind his leg as he did so.

When they arrived at Julius’s girlfriend’s house in Johnson’s truck, Julius went inside and retrieved the ring he had promised to give Johnson as payment.   According to Brenda Suttles, when Julius came out of the house, he walked to the rear of Johnson’s truck and told her and the appellant that he was not going to let Johnson keep the ring.   After Julius got back in the cab of the truck, Johnson drove everyone back to the Reeveses’ house.

Jason Powell and Emanuel Suttles, who had remained at the house with Powell’s car, testified that sometime around 7:00 p.m., they saw Johnson’s truck drive by the house and turn into an alley-known as Crockett’s Alley-behind the house.   According to Brenda Suttles, who was in the rear bed of the truck with the appellant, just as the truck came to a stop in the alley, she heard a loud “pow” sound.  (R. 704.)   Suttles testified that when she looked up, the appellant was withdrawing the barrel of the shotgun from the open rear window of the truck’s cab.   Johnson had been shot in the neck and was slumped over in the driver’s seat.   Suttles testified that Julius Reeves jumped out of the truck’s cab and asked the appellant what he had done, and that the appellant then told Julius and Suttles to go through Johnson’s pockets to “get his money.”  (R. 704.)   Suttles stated that Julius then pulled Johnson out of the truck and went through his pockets, giving the money he found in the pockets to the appellant.   After Julius had gone through Johnson’s pockets, Suttles helped him put Johnson back in the truck’s cab.   According to Suttles, Johnson was bleeding heavily and making “gagging” noises.  (R. 721.)

After changing their clothes, Matthew Reeves Julius Reeves, and Brenda Suttles ran to Suttles’s house.   On the way, the appellant stopped to talk to his girlfriend, telling her that if she should be questioned by the police, to tell them that he had been with her all day.   At Suttles’s house, the appellant divided the money taken from Johnson-approximately $360-among himself, Julius Reeves, and Brenda Suttles.   Testimony indicated that throughout the evening, the appellant continued to brag about having shot Johnson.   Several witnesses who were present at Suttles’s house that evening testified that they saw the appellant dancing, “throwing up” gang signs, and pretending to pump a shotgun.   Brenda Suttles testified that as the appellant danced, he would jerk his body around in a manner “mock[ing] the way that Willie Johnson had died.”  (R. 713.)   The appellant was also heard to say that the shooting would earn him a “teardrop,” a gang tatoo acquired for killing someone.  (R. 720.)

Yolanda Blevins, who was present during the post-shooting “celebration” at Suttles’s house, testified that Matthew Reeves called her into the kitchen and told her that he had shot a man in a truck after catching a ride with him.   Blevins noticed that there was what appeared to be dried blood on the appellant’s hands.   LaTosha Rodgers, who was also present at Suttles’s house, testified that the appellant told her that he had “just shot somebody” in the alley.  (R. 924.)

At around 2:00 a.m. on November 28, 1996 (approximately seven hours after the shooting), Selma police received a report of a suspicious vehicle parked in Crockett’s Alley.   When police officers investigated, they found Johnson’s body slumped across the seat of his pickup truck.   There was a pool of blood on the ground on the driver’s side of the truck.   Several coins and a diamond ring were on the ground near the truck.   On the floorboard of the truck, police found wadding from a shotgun shell.   The pockets of Johnson’s pants had been turned inside out and were empty.   Testimony at trial indicated that Johnson was a longtime employee of the Selma Housing Authority and that on the afternoon of November 27, 1996, he had cashed his paycheck, which had been in the amount of $500.

At the shooting scene on the morning of November 28, police also discovered a trail of blood leading from Johnson’s truck to the Reeveses’ house.   Randy Tucker, a canine-patrol officer with the Selma Police Department, testified that his dog tracked the blood trail from the pool of blood next to Johnson’s truck, down Crockett’s Alley, through the yard at 2126 Selma Avenue (the residence next to the alley), and ultimately to the front steps of the Reeveses’ house at 2128 Selma Avenue.

An autopsy revealed that Johnson had died from a shotgun wound to his neck that severed the carotid artery, causing him to bleed to death over a period of several minutes.   Bloodstain patterns in Johnson’s truck indicated that he was sitting upright in the driver’s seat, facing forward, when he was shot from behind, through the open rear window.   The bloodstain patterns also indicated that the driver’s side door had been opened and closed shortly after Johnson was shot.