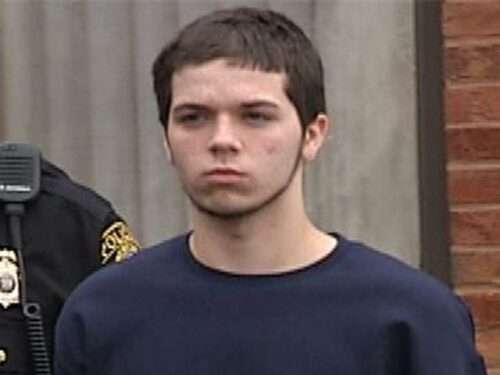 Michael Pilato was a fourteen year old from New York State that would set his family home on fire killing three people. According to court documents Michael Pilato would pour gasoline all over the New York home before lighting it on fire killing his 71-year-old father, Carmen, and brothers,  16-year-old Peter and 12-year-old Josh. Thankfully his mother and sister were able to escape the fire. This teen killer would be sentenced to fifteen years to life.

A teenager convicted of setting a fire that killed his father and two brothers inside their western New York home has been sentenced to 15 years to life in prison.

Pilato was convicted last month of second-degree murder, attempted murder, murder by arson and arson. Police say he poured gasoline throughout his Webster home and set it ablaze in December 2011, killing his 71-year-old father, Carmen, and brothers,  16-year-old Peter and 12-year-old Josh.

Pilato’s mother and a 13-year-old sister escaped the fire with injuries.

A defense lawyer argued Pilato was experiencing “extreme emotional disturbance” when he set the fire.

District Attorney Sandra Doorley reportedly said the boy’s actions were diabolical and there was worry he would kill again if set free.

According to CBS affiliate WROC, Elaine Pilato, Michael’s mother, said, “He’s a good living son of 15 years who just snapped that night, for which he doesn’t need to spend his life in jail. Everyone deserves a second chance. I have a lot of guilt because parents are supposed to save their children.”

Elaine supported her son through the trial and says he didn’t purposely set the fire.

Monroe County Court Judge Vincent Dinolfo said he would have given the teen a stronger sentence if the law had allowed it, according to WROC.