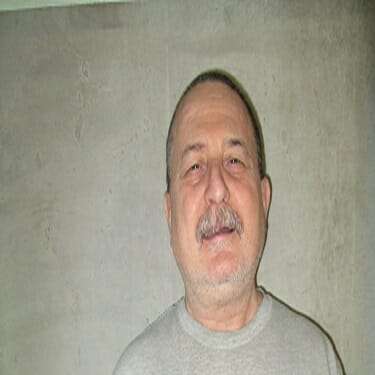 The evidence presented at trial was that sometime between 10:00 p.m. on the evening of July 6, and 1:15 a.m. the morning of July 7, 1984, seven-year-old Layla Cummings was abducted from the apartment where she lived with her mother and brother. The mother was at work when notified by the individual who was watching the Cunningham apartment from across the street that Layla was gone from the apartment. Layla’s body was found in a plowed field later the morning of July 7, by a Burns Flat farmer. The farmer saw the body as he went to feed cattle, and came no closer than ten feet.

¶3 The medical examiner testified that Layla died from two large stab wounds to the neck region which severed a major artery and pierced a lung. She was also stabbed in the vaginal region and received other injuries to the vaginal and rectal area such as bruises and lacerations to the hymen and vaginal wall and finger nail gouges to the buttocks which indicated forced rape. Although no sperm was found in the body, the wrappings of a particular brand of condoms were found around the child.

¶4 Appellant was connected to the offenses by a significant amount of circumstantial evidence. He had been divorced from Layla’s mother two months prior to this incident. From a recent contact with the family, he was informed of the mother’s work schedule as well as the fact that the lock to their apartment door was broken and would not lock. A beer cup with his fingerprint on it was found within twenty-five feet of the Cummings apartment the morning of July 7. He had been at a local bar the evening of July 6, and his beer had been placed in a cup like the one found with his fingerprint on it when he left the bar at approximately 11:50 p.m.

¶5 A search of appellant’s bedroom on July 7, revealed a used condom containing semen in the trash along with its wrappings like that found on the ground near Layla’s body. The particular brand of condoms in question was sold from a dispenser in the men’s restroom at the bar appellant visited the evening of July 6. He was seen going into the restroom immediately prior to leaving the bar.

¶6 When questioned concerning his whereabouts during the pertinent times, appellant told the police he left the bar when it closed and slowly drove to the Burns Flat Superette, a distance of 24.7 miles, and arrived at 1:10 a.m. on July 7.

¶7 Appellant contends that there is insufficient evidence that penetration occurred to support his conviction of rape. He concludes that the medical examiner could not state definitely whether penetration occurred, so the circumstantial evidence “of some sexual activity in the vicinity (an order form for a condom apparently was found in the area) does not establish that there was the requisite penetration.”

¶8 Oklahoma law provides that rape requires actual penetration, but that any sexual penetration, however slight, is sufficient to complete the crime of rape. 21 O.S. 1981 § 1113 [21-1113] and Vaughn v. State, 697 P.2d 963 (Okl.Cr. 1985). In the present case, the medical examiner testified that the dead child’s hymen, labia minor, labia major and vaginal wall were bruised. It was Dr. Choi’s opinion that the bruising resulted from a blunt force trauma to the hymen consistent with being caused by a male penis. She further stated the injuries were inflicted while the victim was yet living.