Robert Rimmer was sentenced to death by the State of Florida for a robbery double murder. According to court documents Robert Rimmer and Kevin Parker would enter a stereo store where they would force two employees, Bradley Krause and Aaron Knight, to the floor and tie them up. A number of items were taken from the store before Bradley Krause and Aaron Knight would both be shot in the head causing their deaths. Robert Rimmer would be arrested, convicted and sentenced to death. Kevin Parker would be sentenced to life in prison

On May 2, 1998, Rimmer and codefendant Kevin Parker robbed an Audio Logic store in Wilton Manors, Florida.   During the robbery, Rimmer shot and killed two victims, Bradley Krause and Aaron Knight.   Both men were Audio Logic employees.   On that day, in the store’s installation area, Krause and Knight were confronted and forced to lie face down on the floor, and their hands were duct-taped behind their backs.

During the robbery, Rimmer also confronted three customers:  Joe Moore, Louis Rosario, and Kimberly Davis Burke.1  Moore was leaving the store when he was confronted by Rimmer, who displayed a gun and ordered Moore to go back inside into the installation area.   Rosario, who had been standing outside, was also ordered to go into the installation area, although he was unable to identify which perpetrator ordered him to do so.   Similar to Krause and Knight, they were also forced to lie face down on the floor with their hands duct-taped behind their backs.

During this time, Burke had been sitting in the store’s waiting room with her two-year-old daughter.   She saw a purplish Ford Probe and a Kia Sephia drive up to the store, and she saw codefendant Parker get out of the Kia Sephia.   Parker came into the waiting room, briefly spoke to Burke, and walked into the installation area.   Later, Rimmer came from the installation area into the waiting room where Burke was sitting.   Rimmer told her that her boyfriend (Moore) was waiting for her in the installation area, and she went there and saw the four men lying face down on the floor.   Burke understood what was happening and immediately sat down with her young daughter in her lap.   Unlike the others, she was not forced to lie face down on the floor, but she was told not to look while Rimmer and two other people loaded stereo equipment into the Ford Probe.2

Krause, Knight, and Moore were robbed of their personal belongings, which included Moore’s wallet and cellular phone.   Rimmer asked Knight for the keys to the cash register and asked if anyone owned a weapon.   Knight told Rimmer that he kept a gun in a desk drawer in the store, and Rimmer retrieved it.   Rimmer also asked whether the store had surveillance cameras, and Krause and Knight told him that the store did not have any.

After the stereo equipment was loaded into the Ford Probe, Rimmer began to drive the car out of the installation area and then stopped.   He returned and confronted Knight, saying, “You know me.”   Knight said that he did not know Rimmer, to which Rimmer responded:  “You do remember me.”   Rimmer then placed his pistol to the back of Knight’s head and shot him.   Knight died instantly.   Moore jumped to his feet at the sound of the gunshot, and Rimmer pointed the pistol at him, telling him to lie back down.   Rimmer then walked over to Krause and shot him in the back of the head.   Krause lost consciousness instantly.   Rimmer released the remaining victims after thanking them for their cooperation and telling them to “have a nice day.”   Krause died later at a hospital.   The police recovered from the crime scene shell casings and a spent projectile fragment which were later identified as .380 caliber components, and the State’s firearm expert testified that they came from Rimmer’s gun.

On May 4, 1998, two days after the robbery, Burke provided a description of the shooter.   The description was used to create a sketch which was shown to the owner of the Audio Logic store and to several competitors.   One of the competitors recognized Rimmer from an encounter several months earlier when Rimmer came to his store and complained about a speaker installation job recently completed by Audio Logic.   With this information, the police used Audio Logic’s records to obtain Rimmer’s identity, telephone number, and address.

On May 8, 1998, Burke and Moore were shown a photo lineup that included Rimmer, and both identified Rimmer as the shooter.   Later, they also identified Rimmer from a live lineup.   The owner of Audio Logic, who was not present during the robbery, also recognized Rimmer from an earlier conversation that they had concerning the installation of stereo equipment in Rimmer’s car.

On May 10, 1998, Rimmer was arrested following a twelve-minute high-speed car chase that ended at Rimmer’s home.   During the chase, while driving his 1978 Oldsmobile, Rimmer threw his gun, Moore’s wallet, and the gun stolen from Audio Logic out of the car.   Rimmer’s wife arrived at the home in the Ford Probe shortly after Rimmer’s arrest.   Both the Ford and the Oldsmobile were registered to Rimmer.

The police obtained a warrant to search the Oldsmobile, and that search revealed an organizer which contained a lease agreement for a storage facility.   The storage unit, rented by Rimmer on May 7, 1998, was also searched pursuant to a warrant.   The search of the storage unit revealed stereo equipment that was stolen from Audio Logic.   Fingerprints of both Rimmer and codefendant Parker were found on the stolen equipment, and a surveillance tape from the storage facility showed Rimmer renting the unit.

Rimmer and Parker were tried together, and both defendants were convicted of all eleven felonies.   Separate penalty phases were conducted for each defendant, and by a vote of nine to three, the jury recommended that Rimmer be sentenced to death. 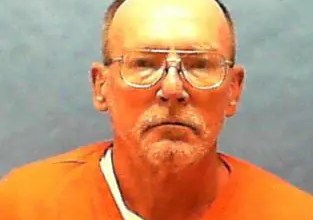 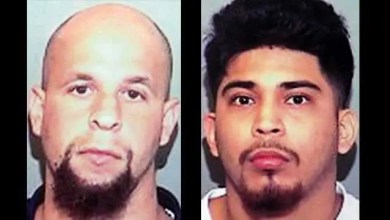 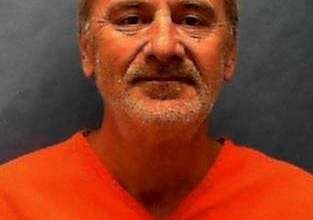