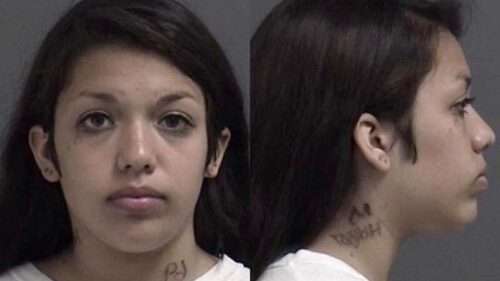 A 16-year-old Kansas girl has been ordered to spend nearly 16 years in prison in connection with the stabbing death of her younger sister.

Sierra Neihaus was sentenced Tuesday in Saline County. That’s where she pleaded no contest in March to amended charges of second-degree murder, felony theft, and two counts of interference with law enforcement.

A 15-year-old Kansas girl will go on trial in September for first-degree murder in the stabbing death of her sister.

Sierra Niehaus pleaded not guilty Monday to killing her sister, 13-year-old Galazia, at the family’s home in rural Saline County on Aug. 1. She is being tried as an adult.

The Salina Journal reports the trial was scheduled to begin Sept. 15 and is expected to take about a week.

Attorney Julie Effenbeck was appointed to represent Niehaus, who earlier this month was transferred from juvenile detention to Saline County’s adult inmate population.

Judge Patrick Thompson ruled in April that Niehaus should be tried as an adult. She was 14 when her sister was killed.