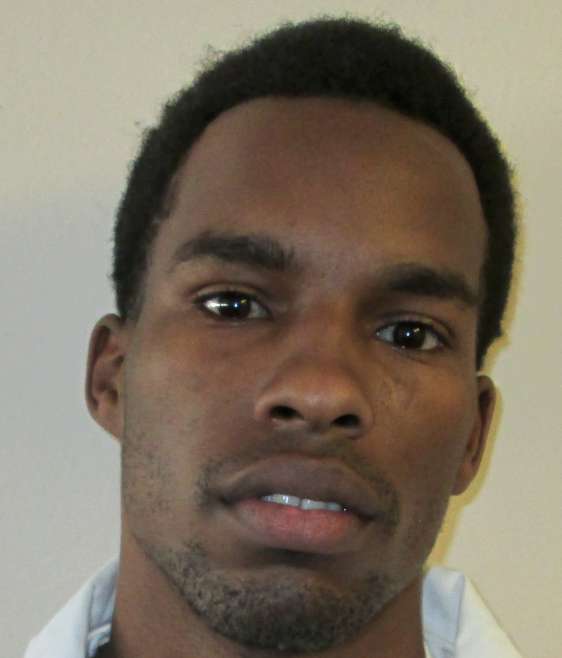 ore than two years after her son was murdered, Martha Ralls said she finally found a semblance of peace Friday.

In March, a jury convicted Townes, 20, of capital murder for shooting Woods at Woods’ home during a robbery on Nov. 13, 2008.

“He has brought misery everywhere he’s been,” Anderson said before issuing the sentence. “He’s just mean. I’m big on choice and free will. Often people do things without any regard for the consequences, then they want to make excuses for the bad choices. It’s clear some bad choices were made here.”

Ralls said she was happy with the sentence, but she knows it will never erase the pain of losing her son.

“There’s some sense of easing,” she said. “I feel like justice was served. He took our child’s life, and I feel like he didn’t deserve any justice other than what he got.”

District Attorney Doug Valeska told the court that Townes’ cohort, Cornellious Antwon Benton, shot Woods in the leg, then Townes used a .22 caliber rifle to shoot Woods in the chest.

“The defendant fired the fatal shot with the .22,” Valeska said. “It was heinous, atrocious and cruel. Very simply, he begged for his life. They didn’t have to shoot him. They took his life for a stinkin’ dollar.”

“The sentence of death removes the chance for redemption,” Davis told the court. “To say the crime was heinous, atrocious and cruel requires torture. That is not the case. He deserves that chance at redemption.”

Anderson’s sentence fell in line with the jury’s 10-2 recommendation of the death penalty for Townes.

“We got justice today,” Valeska said. “The defendant wanted to plead guilty for life without parole, and we rejected that because we feel Christopher’s life was worth more than life without parole. (Townes) was wicked, and he made the decision. I have no sympathy for Tawuan Townes. My only regret is I’ll probably be gone by the time the sentence is carried out. That it takes so long is (unfair) to the family.”

Ralls said she still remembers the day Woods, then 28, was killed.

“It was almost 2:30, and I was at work. When my niece told me my son had been shot, time seemed to stop,” she said. “”It was the longest day of my life. When I finally walked into Southeast Alabama Medical Center, it was unbearable. My son was a great person. He had his problems like anyone, but he was a great father. He loved his children and loved his family.

Police are still seeking Benton, who has eluded capture since the murder.

“I know this part of it is over, but now the goal is to get the other person,” Ralls said. “There’s still hope. I’d like to thank Doug Valeska and his team for all the work they’ve done.”

“This sends a clear message that we’re not going to put up with that activity,” he said. “Human life is the most important thing. I was proud to stand up and represent Christopher Woods. It’s important for the community to step up and say, ‘We’re not going to tolerate this.’”