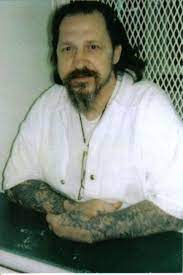 William “Billy the Kid” Mason is a like a wrecking ball, prosecutors said Monday during opening statements of the second death penalty trial in Harris County this year.

“Everything he touches, he destroys,” Assistant Harris County District Attorney Katherine McDaniel told jurors hearing testimony in the re-trial on the punishment phase of Mason’s capital murder case. “The choices William Mason has made continue to wreck the lives of everyone around him.”

Mason was convicted of kidnapping and bludgeoning 33-year-old Deborah Ann Mason in 1991 under the Hwy. 59 bridge over the San Jacinto river in Humble. He faces the possibility of death or prison time with a chance at parole in as little as 15 years.

On Monday, the 61-year-old sat quietly in a powder blue button-down shirt and round black glasses and listened as prosecutors laid out their case.

His defense team did not make an opening statement.

Attorney Terry Gaiser has said the case should have been tried as a murder, but because Mason tied up his wife, put her in the trunk of a car, the underlying felony of kidnapping made it a death penalty case.

Gaiser has said Mason would agree to a plea deal that ensures he will spend the rest of his life in prison, if offered.

That offer has apparently not come, as prosecutors prepared for at least a week of testimony to detail the crime and Mason’s behavior before and after the slaying, including another murder conviction during a crime spree more than a decade earlier.

McDaniel said Mason is a high-ranking member of the Aryan Brotherhood of Texas, a violent white supremacist prison gang. She said he robbed and killed a black man in 1977 after spending hours seeking out a black victim.

“Don’t you know he went through that man’s pockets and then shot him dead?” McDaniel said. She said Mason also committed an armed robbery of a Mexican food restaurant later that year, then fled to California, where he was arrested

After spending 13 years in prison for murder, McDaniel said, he was paroled. It was only 18 days after getting out that he beat his wife to death by smashing her head with concrete blocks, then weighing down her body in the San Jacinto river.

Her body was found days later by passersby after storm waters receded.

The case, in state District Judge Marc Carter‘s court, is the second death penalty trial in Harris County this year.