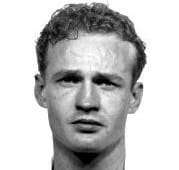 A man convicted of murdering a city marshal in a Houston shootout was put to death by injection early today after telling his weeping mother, ″Don’t feel bad, Mama. I deserve this.″

″Tell everybody goodbye,″ Charles Bass, 29, told his mother, Rose England, who was among witnesses to the execution.

″God’s going to take care of you,″ she replied. ″I love you, sweetheart.″

Bass took two deep breaths, looked at her, then stared at the ceiling. He was pronounced dead at 12:21 a.m., said Attorney General Jim Mattox.

The execution at the Texas Department of Corrections’ Wall Unit was the second in the United States this year and the 52nd since the Supreme Court allowed states to resume capital punishment in 1976.

Another condemned killer, Roger ″Animal″ DeGarmo, had also been scheduled for execution early today, but won a stay from a federal judge in Houston Tuesday.

Bass appealed to the Supreme Court for a stay, but the court turned the request down in a 7-2 vote late Tuesday, rejecting arguments that he didn’t get a fair trial because his attorney allegedly had a conflict of interest.

He was convicted in 1980 in the August 1979 slaying of Houston City Marshal Charles Henry Baker, who along with another officer investigating a $300 holdup stopped Bass as he was walking down a street. In a scuffle that ensued, Bass and Baker traded gunfire.

Both were wounded, and Bass again shot Baker while fleeing. He was arrested four days later in Kentucky after police were tipped off by his relatives.

Bass had insisted Baker was shot in self-defense.

Bert Graham, the assistant district attorney who prosecuted Bass, said the execution was ″a matter of self-defense for society.″

″You never wish some ill on anyone, but he has demonstrated that if society doesn’t put an end to his life, he is going to put an end to some innocent’s life,″ Graham said.

Bass’ criminal record included lengthy juvenile detention. He also served a prison term for burglary. A counselor testified at his trial that Bass once told of stabbing his mother in the back.

Mattox said he was surprised by the execution because many inmates have obtained stays. ″But as he said, he felt like he was getting something he deserved.″

DeGarmo’s attorneys argued successfully Tuesday that people opposed to the death penalty were excluded from the jury in his trial.

″I am unhappy for myself but am happy for my people,″ said DeGarmo, who had demanded to be put to death, but requested a stay because of his family.

Had Bass and DeGarmo both been put to death, it would have been the first double execution in a state since 1976 and the first in Texas since 1951.

Friends visited both inmates Tuesday. Bass ate a plain cheese sandwich as his final meal late in the evening, and a chaplain gave him Holy Communion.

DeGarmo gained notoriety when he auctioned off three of the five witness seats a convict is allowed in the death chamber, and promised to give a play- by-play account of his last minutes of life. Seven people bid for the seats, and two offered $1,500 apiece. DeGarmo, who refused to identify the bidders, said the money would be divided between his family and the victim’s.

He was sentenced to death for the 1979 slaying of Kimberly Ann Strickler, a 20-year-old Houston hematologist who was shot to death as she lay in the trunk of her car after being kidnapped from a shopping center parking lot.

The first execution this year was that of James Terry Roach, 25, who was electrocuted in South Carolina Jan. 10 for murdering two teen-agers when he was 17 years old