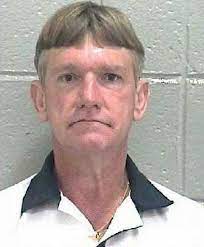 Georgia has executed Donnie Lance for the 1997 murders of his ex-wife and her boyfriend in Jackson County.

Lance, 66, who was sentenced to death in 1999, was given a lethal injection of pentobarbital at the Georgia Diagnostic and Classification Prison in Jackson.

He declined to make a final statement, to hear a final prayer. He’d already spent the day praying with family, including his adult kids, who had tried to stop the state from executing him for the deaths of their mother, Joy Lance, 39, and her boyfriend, Dwight “Butch” Wood Jr., 33.

Lance closed his eyes as the warden finished reading the death warrant.

At 8:56 p.m., Lance blew out a large puff of air. A woman in the front row cried. Lance’s mouth came open, but he barely moved except for wiggling his toes occasionally.

By 9 p.m., the color had drained from Lance’s face. Moments later, his arms and hands, which were strapped to the gurney, became pale.

The high court, in two separate orders, declined to hear Lance’s requests that it halt his execution on grounds of alleged prosecution misconduct and lower-court rulings that denied his request for DNA testing.

One of Lance’s filings to the nation’s highest court said if his grand jury was not randomly selected, “his death sentence is invalid and unconstitutional.”

Wednesday afternoon, in a brief order, the Georgia Supreme Court turned down a similar appeal. The justices said Lance’s motion was “lacking arguable merit.” The vote was 8-0, with Justice Sarah Warren disqualified from the case because she had worked for the state Attorney General’s Office.

Before Wednesday’s filing in the U.S. Supreme Court, Lance’s legal team filed a separate appeal before the high court. The other appeal challenges lower court rulings that denied Lance’s request for DNA testing of the state’s evidence.

Lance’s attorneys have also argued that the jury that convicted him and sentenced him to death should have known he had brain damage and an IQ that makes him borderline intellectually disabled.

Lance has maintained his innocence, and his grown children have spent months unsuccessfully calling for DNA testing on case evidence to confirm whether he killed their mother.

Stephanie Cape and her brother Jessie Lance visited their dad Wednesday afternoon and shared old stories and memories, trying not to think about his fate. The siblings said they’d both been thinking a lot about what their mother would think of the situation.

“I can’t imagine any mother would want this to happen,” Jessie Lance told The Atlanta Journal-Constitution. “Just let us keep our dad.”

Stephanie Cape had her last embrace with her father. He told her to remember that just because he’s leaving doesn’t mean he’s going anywhere.

Donnie Lance told his kids he had been saved and intended to go to heaven with all their other lost family members.

The siblings had spent their lives with a cavernous void where their mother should’ve been. Their father filled it best he could, they said, by offering advice and encouragement.

The siblings know that other relatives of the victims wanted their father dead. But Stephanie Cape said — and her brother agreed — that the two of them were the only ones with something left to lose in the case. “Everybody else has already lost all they’re going to lose,” the daughter said.

What could those who wanted Donnie Lance dead gain from his death? Tammy Dearing, Wood’s sister, explained moments after she walked out of the death chamber: “I feel relief this is over, no more worries about appeals — we got our justice.”

Lance’s death marks the end to a complex and emotionally trying saga.

It began on Nov. 8, 1997, when Joy Lance, who had worked as a secretary at a trucking company, was savagely beaten to death. Her boyfriend, Wood, a truck driver and father of three, was shot in the back with a shotgun. The bodies were found at Wood’s home in the Maysville area, and police brought Donnie Lance in for questioning within hours.

Donnie Lance’s attorneys noted there was no physical evidence on him, in spite of the bloody nature of his ex-wife’s beating. The lawyers asked for DNA testing on wood fragments from what is believed to be the butt of the shotgun and a fingerprint from a shotgun shell found at the scene.

Jackson County District Attorney Brad Smith and state attorneys have said the evidence against Lance, “although circumstantial, was overwhelming.” Prosecutors maintain Lance was abusive to his ex-wife for years before the murders. Witnesses said they’d heard Donnie Lance threaten to kill her if she divorced him and became involved with Wood.

Lance was indicted for murder in the deaths by a grand jury that his attorneys have said was improperly picked. Instead of choosing grand jurors at random, a prosecutor allegedly packed it with friends and others he knew would be on his side, according to Lance’s defense team.

“The same clique of people sat (on the grand jury) for years and years,” said Katrina Conrad, an investigator from the Federal Defender Program. “(Prosecutor Tim Madison) picked jurors from one church in Jefferson, and the preacher there would preach about the grand jury indicting people.”

At trial, prosecutors painted Lance as a cold and calculated killer who committed the murders to exact revenge.

“I sat through many days of the trial in ‘99 and I heard what a monster this man was,” said Wood’s brother-in-law Terry Dearing.

After the jury convicted Lance, his trial attorney chose not to present any mitigating evidence to sway the jury from sentencing him to death. That was extremely rare.

Lance’s new attorneys say the jury should’ve been told about his brain damage from repeated head traumas. One of the injuries, Lance’s lawyers said, occurred when Lance was shot in the head during a previous confrontation with the murder victims.

In January 2019, the U.S. Supreme Court declined to hear Lance’s appeal, which included information about his trial attorney’s failure to submit any mitigating evidence in the sentencing phase of the trial. Justice Sonia Sotomayor dissented, saying Lance’s lawyer should have presented evidence of his client’s cognitive impairments. Justices Ruth Bader Ginsburg and Elena Kagan joined in the dissent.

Sotomayor said multiple experts had testified in a previous hearing that Lance, a former race car driver, had frontal lobe damage. (The frontal lobe of the brain controls myriad cognitive processes, including memory, reasoning and language.) Sotomayor said the experts also agreed that Lance’s IQ was borderline for intellectual disability.

Lance’s children said he had been a positive force in their lives since going to prison, a constant they could count on. And his daughter’s daughter, a 2-year-old, called Lance “Papa Don.”

Tammy Dearing, Wood’s sister, said she sympathizes with the Lance children, but their father made his bed.

“We as taxpayers have supported this man for too long,” she said. “There’s so many things we missed out on as a family. I watched Butch’s kids grow up without a dad.”

Donnie Lance’s kids chose not to be in the death house to see their dad’s final moments. Jessie Lance told him he would be there for him, but the father asked him not to, so the son wouldn’t have to see it.