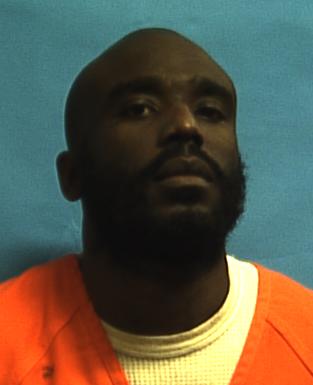 As his attorneys prepare for his upcoming trial in the slayings of two
Tampa police officers, Dontae Morris is fighting efforts to defend him
against a possible death sentence.

This could leave Morris’ defense team, in essence, sitting on its hands
as prosecutors tell jurors the reasons they should recommend a death
sentence.

Jury selection is scheduled to begin Nov. 4 in Orlando in preparation
for a trial in Tampa the following week. Morris is charged with murder
in deaths of officers David Curtis and Jeffrey Kocab on June 29, 2010,

If a jury convicts Morris, a second hearing will center on whether he
should be sentenced to death or life in prison without parole. During
that phase, the prosecution presents evidence of aggravating factors, or
aspects of the crime and Morris that weigh in favor of death.
Typically, the defense presents mitigating evidence, or aspects of the
case and Morris that weigh in favor of life.

Morris’ lawyers say he has instructed them that if he is convicted of
murder, they are not to present any mitigation evidence and not to
challenge the prosecution’s aggravating factors.

In recent meetings with a new lawyer, Morris has “ambiguously” agreed to
allow some defense presentation during the penalty phase of the trial,
but because he has been unclear, his lawyers are unable to prepare,
according to the defense court motion.

Lawyers met Friday with Circuit Judge William Fuente, and the defense,
appearing by phone, asked the judge to schedule a hearing to talk with
Morris about his plans.

“You need to get a decision from him as to which way we’re going to
proceed because we’re paralyzed at this point,” attorney Byron Hileman
told Fuente.

Fuente said he would have Morris brought to court next Friday.

According to the defense motion, Morris told his lawyers not to present
evidence regarding “his character, background and life that would
mitigate against the imposition of the death penalty. He does not want
his attomeys to present mitigating evidence in any sentencing
proceeding, and he wants to waive his right to present documents,
witnesses or any form of evidence in mitigation against the imposition
of the death penalty.”

Morris knows that his sister, brother, mother, grandmother and others
could offer mitigating evidence, and that his attorneys have experts,
including a behavioral psychologist, neuropsychologist and a
psychiatrist who could testify on his behalf, according to the motion.

“Mr. Morris has several times indicated that he does not want to allow
us to present mitigation or argument at penalty phase, in the event that
becomes necessary in this case,” the motion states. “Mr. Morris
indicated that he did not want family members to present evidence of
mitigation. Mr. Morris met with a defense psychologist several times and
then declined to see her or speak to her further.”

He refused to meet with a neuropsychologist for an evaluation that was scheduled for Aug. 7.

But on Oct. 5, he met with Karen Meeks, an attorney newly assigned to
his team, and said “he might consider the presentation of some
mitigation but was vague and ambiguous about that,” the defense motion
states. “Mr. Morris has stated he might allow some family witnesses to
testify, but not others. He has exhibited contradictory behavior and
statements on this issue of permitting proper investigation, refusing
cooperation with experts, and his willingness to all counsel to fully
prepare for and present evidence and argument at penalty phase.”