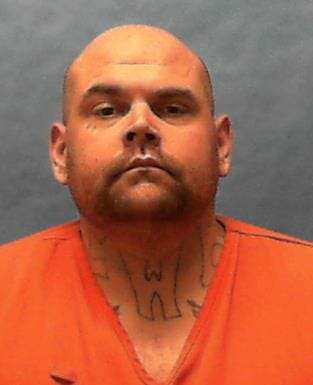 A Graceville Correctional Facility inmate has been convicted of repeatedly stabbing his cellmate to death with a shank. However, his trial continues as prosecutors seek the death penalty.

Daniel Jacob Craven Jr., 32, was found guilty Thursday of first-degree murder. He was tried this week for killing his cellmate, John H. Anderson, by repeatedly stabbing him with a shank at Graceville Correctional Facility on June 28, 2015. Craven already was serving a life sentence for a 2011 conviction of first-degree murder; he now will go before the same jury to determine whether capital punishment will be the sentence for the most recent killing.

Craven had told a correctional officer at GCF he killed his “bunkie” about 2 a.m. the morning of June 28, 2015. An investigation through Florida Department of Law Enforcement began with Craven giving specific instructions to a shower drain where authorities could find the murder weapon, which they did.

It was not the first time Craven had killed.

He was serving a life sentence for killing a romantic rival and burning the body in the yard of his Apopka home in April 2011.

According to court records, Craven boasted to investigators about the violent killing of Ronald Justice, whose marriage Craven had broken up by having an affair with his wife.

Craven attacked Justice on April 6, 2011, at a home where Justice was squatting and beat him with a baseball bat as Justice begged for his life.

Craven went on to handcuff Justice, drown him in a dog bowl, then wrap his body and take it to the house near Apopka, where he burned it for several days in a pit in which he frequently burned furniture and trash.

In a recorded conversation, Craven bragged, “I wouldn’t have burned and killed [Justice] if I didn’t know what I was doing,” adding if he was arrested, “I’d get a lawyer… pro bono just like Casey Anthony.”

Craven also received a bevy of additional charges a month ago after he reportedly had tied 6-inch metal shanks to his hands in preparation as officers lined up outside his cell. Minutes after breaching the door, one of the correctional officers was carried out almost lifeless, turning purple and frothing at the mouth. A second officer was injured in the encounter with Craven, who jail officials said aimed to kill the officers. Both officers survived.