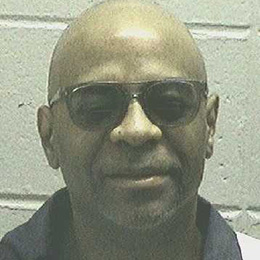 The evidence showed that Whatley entered Roy’s Bait Shop in Griffin
at about 8:45 p.m. on January 26, 1995.   Whatley brandished a .32
caliber silver revolver and forced employee Tommy Bunn to lie face-down
on the floor behind the counter.   Whatley pressed the gun against
Bunn’s head and instructed the owner of the store, Ed Allen, to hand
over the money in the cash register.   Allen put money in a paper sack
and placed the sack on the counter.   Whatley moved to the front of the
counter, retrieved the paper sack, and fired two shots.   One shot
struck Allen in the chest and pierced his left lung.   Expert testimony
established that this shot was fired from a distance of 18 inches.   The
second shot was fired at Bunn’s head (Bunn was still lying prone behind
the counter), but the bullet deflected off the counter top and missed.
Whatley then exited the store.
Outside the store, Whatley
encountered Ray Coursey, who was getting out of his car near the store’s
doorway.   Whatley held his gun to Coursey’s head, forced him back into
the driver’s seat of the car, and told him, “take me ․ where I want to
go.”   Whatley got in the back seat.   Although mortally wounded, Allen
obtained a hidden .44 caliber handgun, rushed to the front of the store,
and fired several shots at Whatley, who returned fire.   After the
exchange of gunfire, Allen collapsed and died from internal bleeding
caused by the previously-inflicted gunshot wound.   Whatley exited
Coursey’s car, dropped the paper sack after it tore open, and fled on
foot.   Coursey observed that Whatley was limping.
Coursey and
Bunn told the officers who arrived on the scene that the assailant had
used a silver revolver.   One of the officers had taken a report the
previous day from Franklin White, who said that his silver revolver was
missing and he suspected that his cousin, Whatley, had taken it.   The
officers went to the house where Whatley was staying with a relative,
and found him during a consent search.   Whatley had a bullet wound in
his leg that was still bleeding.   Franklin White’s .32 caliber silver
revolver, determined by a firearms expert to be the murder weapon, was
found under Whatley’s mattress.   The police also found a bloody pair of
thermal underwear with a bullet hole in the leg, a bloody towel, and
bloody boxer shorts in a trash can behind the house.   Fibers on a .44
caliber bullet removed from Coursey’s car were consistent with fibers
from the thermal underwear, and DNA taken from blood on the fibers
matched Whatley.   A palm print on the paper sack dropped next to
Coursey’s car also matched Whatley.   In the penalty phase, the state
introduced evidence that Whatley was an escapee from a Washington D.C.
halfway house, where he had been serving time for robbery.
The
evidence was sufficient to enable a rational trier of fact to find proof
beyond a reasonable doubt of Whatley’s guilt of malice murder,
aggravated assault (two counts), armed robbery, motor vehicle hijacking,
and possession of a firearm during the commission of a crime