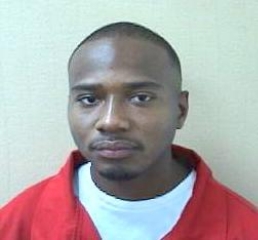 James Ray Little yesterday became the first person sentenced to death this year in North Carolina.
Judge Stuart Albright sentenced
him in Forsyth Superior Court after a unanimous jury decided on the
death penalty for Little, 22.
Little robbed and shot Bira Gueye, 47, on Oct. 5, 2006.
After
four hours of deliberating, jurors agreed with Little’s attorneys that
he had limited intelligence and a poor upbringing, and had not set out
early that morning to kill.
They agreed that the plan to rob a cab driver came from two men who were with Little that night.
But all that, jurors decided, was
outweighed by three things: Little had a past conviction for a violent
felony, he killed for financial gain, and his crime was part of a string
of violence that night.
As Albright read “death,” the
jury’s binding recommendation, Little’s mother, Susan Bulger, cried out
softly from the fifth row of the audience.
“Oh, my God!” she said. “No! No!”
Bulger began rocking back and forth on the bench, crying. She clasped her hands together, covering her eyes.
After the verdict, an ambulance
took her to Wake Forest University Baptist Medical Center because she
told deputies she was having trouble breathing.
After the verdict, Roslyn Ingram, the mother of Little’s 3-year-old daughter, Jamera, said she felt sorry for Gueye’s family.
“I think it’s sad, and I hate that it had to end that way,” Ingram said.
She said she will keep taking
Jamera to visit her father as he awaits death, which is likely years
away because of post-conviction appeals.
Family and friends who knew Gueye from his job at Willard Cab Co. said they were thankful.
Little’s confession to police and
testimony from witnesses showed that Little shot Gueye once in the back,
then shot him again after Gueye had given him money.
“He could have run away,” said Amadou Niane, Gueye’s cousin.
Niane said that the death penalty
is appropriate — Little killed and clearly meant to, carrying a gun as
he robbed people, he said.
“He knows it’s got bullets in it,” he said.
Before robbing Gueye, Little robbed two men in Greenway Park. He pistol-whipped them because they looked scared, he told police.
He had set out that night to get
some marijuana, testimony showed. Little used one of the robbery
victim’s cell phones to call a cab.
In the death-penalty phase of the
trial, prosecutors Jim O’Neill and Jennifer Martin showed that Little
has past convictions for larceny from a person, felony larceny and
motor-vehicle theft.
When Little was 18, he knocked down a 9-year-old boy and took his lunch money. He pleaded guilty to larceny from a person.