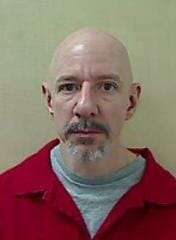 In December 1986, defendant and Mark Thompson were soldiers on active duty and stationed at Fort Bragg.   Defendant and Thompson began watching a residence owned by an elderly couple, planning to burglarize the couple’s home.   Based on their surveillance efforts, defendant and Thompson knew that Paul and Janie Kutz (the victims) were an “elder couple” who owned two vehicles but “usually traveled” together in the same car.

During the early morning hours of 2 December 1986, military police officer Robert Provalenko intercepted defendant and Thompson as they traveled in a red pickup truck through a restricted area of Fort Bragg.   Officer Provalenko observed that defendant and Thompson were dressed in black pants and ninja boots.   When Officer Provalenko noticed a black-handled butterfly knife in the glove compartment of the truck, directly in front of defendant, he asked defendant and Thompson to exit the vehicle.   Thompson then consented to a search of his vehicle.   During the ensuing search, Officer Provalenko and military police officer George Clark found a second butterfly knife, a pair of nunchucks, a blowgun, and latex rubber gloves.   The officers also found jewelry, a television, and credit cards, all of which were later identified as belonging to the victims.

SBI agent John Bendure, an expert in fiber analysis and comparison, testified that his testing of the black-handled butterfly knife revealed the presence of light-brown polyester fiber that was consistent with the upholstery of the chair in which Mr. Kutz’s body was found.   Agent Bendure also tested the chrome butterfly knife and associated fiber samples from that knife with a blue blanket found with Mrs. Kutz’s body.   In addition, Agent Bendure testified that fibers from the pink nightgown worn by Mrs. Kutz at the time of her death could be associated with both knives.   Finally, Agent Bendure testified that fibers associated with the blanket and sheets in the bedroom were found on the clothing worn by both defendant and Thompson.

On 3 December 1986, Dale Wayne Wyatt, then a soldier stationed at Fort Bragg, was detained in the Cumberland County jail waiting to appear in court on a worthless-check charge.   Wyatt testified at trial that he met defendant in one of the holding facilities during his detention.   According to Wyatt, defendant told him that “he was being investigated in a double homicide” and that his clothes were being held as evidence.   Wyatt testified that defendant told him about the murder of Mr. Kutz.   Defendant told Wyatt that when he entered the Kutz residence, he saw Mr. Kutz, shot him with a blowgun dart, then stabbed him with a butterfly knife.

Forensic pathologist Dr. George Lutman performed an autopsy on the sixty-two-year-old body of Mrs. Kutz.   In Dr. Lutman’s expert opinion, Mrs. Kutz’s death was caused by multiple stab wounds.   Dr. Lutman testified that Mrs. Kutz had been stabbed or cut approximately twenty-five or twenty-six times.   Four stab wounds penetrated into the right side of Mrs. Kutz’s chest, and another penetrated into the left side.   Mrs. Kutz also suffered multiple wounds to the liver, a stab wound into her neck that reached to the spinal column, a stab wound that cut the tip of her spleen, and a stab wound that cut one of the tubes from the kidney to the bladder.   Dr. Lutman also noted “defensive wounds” to Mrs. Kutz’s hands, indicating an attempt to fend off an attacker.   The most critical wound was located near Mrs. Kutz’s right shoulder, where a knife “tunneled up” and severed her windpipe and her carotid artery, causing Mrs. Kutz to aspirate blood into her lungs when she inhaled.   Dr. Lutman observed that Mrs. Kutz’s “lungs were markedly expanded with ․ trapped air and blood.”   This aspiration indicated to Dr. Lutman that Mrs. Kutz had remained alive “for some period of time after receiving the wound.”

Forensic pathologist Dr. Fred Ginn performed an autopsy on the sixty-eight-year-old body of Mr. Kutz.   Dr. Ginn testified that wounds to the front of Mr. Kutz’s body included a stab wound above the left eye, a stab wound above the right collar bone down in his neck, a “large gaping wound across the neck,” two stab wounds in the upper left chest, and an “oval shaped stab wound ․ in the sixth rib space.”   Dr. Ginn also noted defensive wounds on Mr. Kutz’s left hand and, on Mr. Kutz’s left shoulder, “a small punctate mark of the size that would be made by a needle or dart.”   Dr. Ginn further testified that wounds to the back of Mr. Kutz’s body included a cut above the left elbow;  three stab wounds into the left side of the chest and one into the right side of the chest;  and stab wounds to the left and right of the spine, with the left wound extending into the left kidney.   A wound to the chest and left ventricle of Mr. Kutz’s heart caused 150 milliliters of blood from the heart to collect between the heart wall and the connective tissue sac that encases the heart.   Dr. Ginn opined that the probable cause of death was the stab wound to the heart.   Dr. Ginn also testified that “between half a minute to five minutes could have elapsed before” Mr. Kutz died from the effects of the stab wounds and that Mr. Kutz “could have been conscious any of that time up to the maximum.”