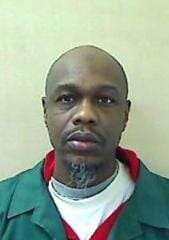 At trial, the State’s evidence tended to show that on 1 January 1998, defendant and his brother, Kashene Taylor, left the Hillcrest Housing Complex in Wilmington, North Carolina, with Brian Troy shortly before 6:00 p.m. and drove to Bryan Road. Defendant and Troy got out of the car and talked briefly.   As Troy knelt in the road, defendant shot him in the head and upper body.   Defendant and Kashene Taylor then returned to apartment 4 in the Hillcrest Housing Complex.

The victim’s body was discovered by a passing motorist, who summoned the paramedics and police.   When the paramedics arrived at 6:32 p.m., they found the victim’s lifeless body in the roadway.   Officers from the Wilmington Police Department arrived shortly afterwards and secured the scene.   An autopsy performed on the victim’s body on 2 January 1998 revealed gunshot wounds to the head and the hip.   The cause of death was determined to be the gunshot wound to the head.

The victim’s father, Willie Troy, Jr. (Mr. Troy), testified that he dropped his son off between 5:00 p.m. and 5:15 p.m. on 1 January 1998 near the intersection of 13th and Mears Streets in Wilmington.   He stated that his son had indicated to him that he was going to visit friends at apartment 4. Mr. Troy also testified that he gave his son $10.00 as he got out of the car and that his son was carrying a pager.

The victim was not with defendant when he returned to the apartment.   Katie Coe testified that defendant was breathing hard when he returned.   On the night of 1 January 1998, after Mr. Troy told the police of his son’s intention to visit his friends, the police went to apartment 4. Defendant, Michael Coe, and Katie Coe were present when the police arrived.   The apartment occupants confirmed that the victim had been there that evening.   On 2 January 1998, defendant and Katie Coe left Fayetteville, North Carolina, by bus for New York, New York. During the bus ride to New York, defendant told Ms. Coe that he had shot the victim.   Ms. Coe returned to Wilmington from New York after calling the Wilmington Police Department.   A magistrate issued a warrant for defendant’s arrest on 8 January 1998.   Defendant was subsequently located in Fort Lauderdale, Florida.