Jennie Bunsom was a sixteen year old from Colorado when she allegedly murdered her seven year old cousin who she was babysitting.

According to police Jennie Bunsom was just finished arguing with her girlfriend when seven year old Jordan Vong came into her room. She allegedly asked the child to leave but when he refused Jennie Bunsom attacked. Jennie allegedly put her hand over the child’s mouth and pinched his nose suffocating the seven year old. Jennie would hide the body of the child in a closet. There was a large search for the child that lasted until the next day when police discovered the body of the child and Jennie Bunsom was arrested and charged with multiple counts including murder.

Jennie Bunsom is still waiting to go on trial. She has been charged as an adult for the murder of Jordan Vong 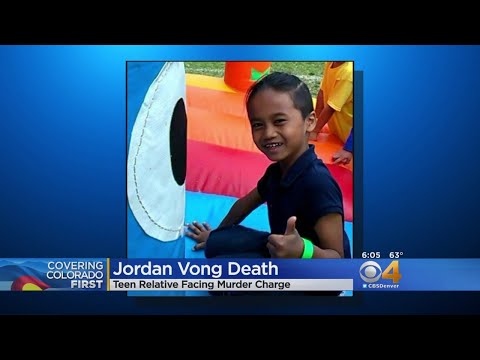 A 16-year-old girl accused of killing her 7-year-old nephew in their Montbello home will have until May to learn whether she will be tried as an adult or ab juvenile, a Denver District Court judge decided Friday morning.

Jennie Bunsom faces first-degree murder charges in adult court on suspicion of killing Jordan Vong. She’s accused of placing her hand over Jordan’s mouth and plugging his nose after he asked her to play video games with him. When Jordan stopped moving, Bunsom allegedly wrapped her nephew’s body in a blanket and stored it inside a portable closet in her bedroom, according to court documents.

Bunsom turned 16 the day before she allegedly killed Vong, which allowed prosecutors to file charges in adult court.

Public defenders representing Bunsom filed a motion in August requesting a hearing where a judge could decide to send her case back to juvenile court. The judge would consider how much of a threat Bunsom poses to public safety and how she would benefit from rehabilitation before making a decision.

On Friday, Bunsom’s public defender requested that her hearing be postponed until the week of May 20 because the defense is still missing Bunsom’s mental health records. Judge Karen Brody, along with state prosecutors, agreed.

“In the interest of justice, we need to continue this,” Brody said.

Jennie Bunsom has been identified as the sixteen-year-old being charged as an adult for the murder of Jordan Vong, her seven-year-old nephew. And a newly released probable-cause statement in the case maintains that she committed the act in the Montbello home they shared after he became frustrated over her refusal to play video games with him.

The document, which is accessible below, begins at 4:23 p.m. on August 6, when Vong’s mother dialed 911 and reported her son missing. She said he’d last been seen in the living room of their residence, on the 4900 block of Fairplay Street, about 45 minutes earlier. At the time, he’d been using his tablet computer and wearing a pair of gray sweatpants.

Denver police officers responded to the call quickly, and they were followed by members of the department’s major crimes missing and exploited persons (MEP) unit, who determined that the “Vong family’s statements to detectives were inconsistent.”

The PC statement notes that because the crawl space in the residence was cluttered, law enforcers requested a search warrant to be able to conduct a more thorough search. The warrant was drafted at approximately 7:15 p.m. on August 7 and was subsequently granted by a Denver County Court judge.

The MEP investigators began their search of the residence at 8:11 p.m., and 35 minutes later, at 8:46 p.m., a detective located Vong’s body in the basement closet of the bedroom belonging to Bunsom.

According to the statement, the child had “a towel and comforter wrapped around his head, biological matter and blood about his nose, and an unknown imprint on Vong’s chest.”

Early the next morning, Bunsom was interviewed in the presence of her mother, and she’s said to have voluntarily agreed to speak to an MEP detective. The story she told, as recounted in the police report, includes a time discrepancy related to the last time Vong’s mother saw him — but it reveals the alleged specifics of the crime.

At about 12:43 p.m. on the 6th, Bunsom was in her bedroom, fuming about an argument with her girlfriend, when Vong appeared and asked her to play video games with him, the statement maintains. According to the detective’s account, Bunsom told him “No” and said he should go back upstairs, but he refused and laid down on her bed.

The teen was “upset” by Vong’s actions, she is quoted as saying, and when he again rejected her order to get off the bed, she pushed him to the floor, causing him to strike his face and start to cry.

An excerpt from the statement: “She placed her hand over Jordan’s mouth and plugged his nose as Jordan began to struggle for a few minutes. Jordan stopped moving. She put him under the bed.”

What happened next is blotted out in the report. But after an unspecified length of time, Bunsom is said to have removed Jordan from the spot beneath the bed, wrapped him in a blanket and placed his body in one of two portable closets in her room, where it stayed for more than a day before being discovered.

She added that she informed no one in her family about what she’d done “because she was afraid.”

Ken Lane, spokesman for the Denver District Attorney’s Office, reveals that Denver District Court has accepted the direct filing of adult charges against Bunsom: one count apiece of murder in the first degree after deliberation and child abuse resulting in death. Her first advisement hearing is likely to be announced this afternoon.