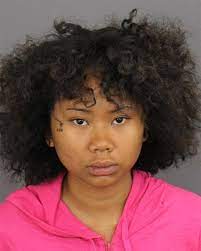 The 16-year-old girl who is accused of killing her 7-year-old nephew was identified on Tuesday morning by the Denver District Attorney’s Office.

According to an arrest affidavit, on the day Vong died, Aug. 6, Bunsom was upset after having a fight with her girlfriend. About 12:43 p.m., the child came downstairs and asked her to play video games with him. Bunsom told police that she instructed the child to go upstairs but instead he went to sit on her bed, upsetting her. She said she pushed the 7-year-old off the bed and he hit his face on the floor. When the boy began to cry, Bunsom said she placed her hand over his mouth and plugged his nose, holding down the struggling child until he stopped moving. She told police she then put the body under her bed before wrapping him in a blanket and placing him in one of the two portable closets in her room.

Vong was reported missing about 4:30 p.m. on Aug. 6 from the 4900 block of Fairplay Street near Chambers Road and Bolling Drive. Police combed through neighborhoods. Hundreds of posters were put up and officers searched a 20-block radius around the home. The FBI was also called in. The next night, police revealed Jordan’s body had been found. Bunsom was arrested the next morning. She is being held without bond.

The Denver Office of the Medical Examiner is working to determine Vong’s cause of death.

The March 22 attack on a Boulder King Soopers that killed ten people resulted in many significant news stories getting less attention than they deserved — including the guilty plea entered by Jennie Bunsom, who was tried as an adult for killing her seven-year-old nephew, Jordan Vong, back in 2018, when she was just sixteen.

Bumsom’s acceptance of second-degree murder and tampering-with-a-body charges closes out that tragedy — legally, at least. But it also suggests that the recent charging of Kevin Bui and Gavin Seymour, both sixteen, as adults for a case of arson that killed five people in August 2020 may well be replicated in more high-profile cases involving juvenile defendants.

A former Montbello resident, Bunsom turned sixteen on August 5, 2018. At 4:23 p.m. the next day, August 6, according to the case’s probable-cause statement, Vong’s mother dialed 911 and reported her son missing. She said he’d last been seen in the living room of their residence, on the 4900 block of Fairplay Street, about 45 minutes earlier. Denver police officers responded to the call quickly, and they were followed by members of the department’s major crimes missing and exploited persons (MEP) unit, who determined that the “Vong family’s statements to detectives were inconsistent.”

The PC statement notes that because the crawl space in the residence was cluttered, law enforcement officials requested a search warrant in order to be able to conduct a more thorough search. The warrant was drafted at approximately 7:15 p.m. on August 7 and was subsequently granted by a Denver County Court judge.

The MEP investigators began their search of the residence at 8:11 p.m., and 35 minutes later, at 8:46 p.m., a detective located Vong’s body in the basement closet of the bedroom belonging to Bunsom.

According to the statement, the child had “a towel and comforter wrapped around his head, biological matter and blood about his nose, and an unknown imprint on Vong’s chest.”

Early the next morning, Bunsom was interviewed in the presence of her mother, and she was said to have voluntarily agreed to speak to an MEP detective. The story she told, as recounted in the police report, includes a time discrepancy related to the last time Vong’s mother saw him — but it revealed the specifics of the crime.

At about 12:43 p.m. on August 6, Bunsom was in her bedroom, fuming about an argument with her girlfriend, when Vong appeared and asked her to play video games with him. According to the detective’s account, Bunsom told him “No” and said he should go back upstairs, but he refused and laid down on her bed.

The teen said she was “upset” by Vong’s actions, the statement continues, and when he again rejected her order to get off the bed, she pushed him to the floor, causing him to strike his face and start to cry. “She placed her hand over Jordan’s mouth and plugged his nose as Jordan began to struggle for a few minutes,” it reads. “Jordan stopped moving. She put him under the bed.”

What happened next is blotted out in the report. But after an unspecified length of time, Bunsom is said to have removed Jordan from the spot beneath the bed, wrapped him in a blanket and placed his body in one of two portable closets in her room, where it stayed for more than a day before being discovered.

According to the statement, she informed no one in her family about what she’d done “because she was afraid.”

Bunsom’s family was officially advised of the decision to try her as an adult on August 14, 2018. The public defenders assigned to her case objected to this designation, and at a court appearance that December, a Denver District Court judge reportedly agreed to push a hearing on the subject back until May 2019 because the attorneys hadn’t received Bunsom’s mental health records.

No such hearing happened that month, or even that year. But last month, Carolyn Tyler, spokesperson for the Denver DA, told us that Bunsom had “a Preliminary Hearing/Reverse Transfer Hearing scheduled to go for four days starting on 3/22/21-3/26/21” — almost two years after it was initially scheduled. That session resulted in a guilty plea by Bunsom.

Last month, following the naming of Gui and Seymour as suspects in the August arson-murders, Westword published a roundup of juvenile killers tried as adults since the early 1990s. All of the individuals were suspected of committing high-profile crimes, and all but three were male: Bunsom, and Sienna Johnson and Brooke Higgins, who were hit with adult charges for allegedly conceiving of a Columbine-style murder plot at Mountain Vista High School in December 2015, when they were sixteen.

Johnson and Higgins initially fought the adult designation, but they eventually pleaded guilty to counts that straddled the juvenile and adult systems; they were sentenced to stints in Youth Corrections followed by supervised adult parole. As a result, Bunsom — who turned eighteen and legally became an adult last August —will be the first female juvenile suspect on our list to actually serve her time in a prison facility for adults. She’s scheduled for sentencing in May.

A woman has pleaded guilty in connection with the death of her 7-year-old nephew nearly 3 years ago. Jennie Bunsom was 16 years old when she was charged as an adult in the murder of Jordan Vong.

The charges allege that Bunsom killed her nephew, then wrapped his body in a blanket and hid him in a portable closet in her basement bedroom.

Jordan Vong was reported missing on Aug. 6, 2018. Officers found his body “intentionally concealed” inside the family home in Denver’s Montbello neighborhood just before 9 p.m. on Aug. 7.

According to court documents, Bunsom was upset after an argument with a girlfriend on Aug. 6 when Jordan came into her bedroom, asking to play video games.

Investigators said that’s when Bunsom told him to leave and he refused. She then pushed him off the bed, causing him to hit his face on the floor. When he started to cry, she put her hand over his mouth and plugged his nose. Jordan struggled and then stopped moving.

On Monday, Bunsom pleaded guilty to second-degree murder and tampering with a body. Sentencing is scheduled for May.

Jennie Bunsom, who smothered her 7-year-old nephew to death in their Montbello home in 2018, was sentenced Wednesday to seven years in Youth Offender Services.

Bunsom, now 18, had just turned 16 when she killed Jordan Vong and hid his body in a closet in her room. In March she pleaded guilty to second-degree murder and tampering with a body, both felonies, as part of a plea agreement.

“Every day is a reminder of what I did,” Bunsom, sobbing, told the court. “There still has to be justice for Jordan, he was just a child. I took an innocent life, I have to pay for my sins.”