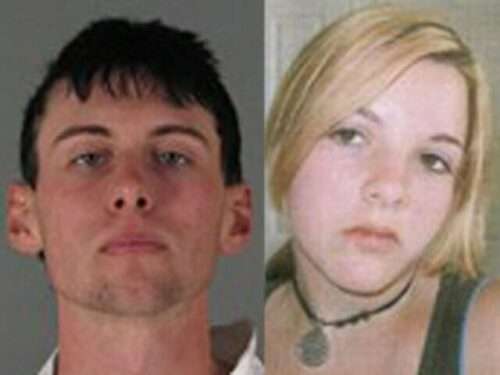 Tylar Witt was just fourteen years old when she planned the murder of her mother. According to court documents Tylar Witt was dating a much older teen and when her mother learned that her daughter was sexually active she was going to press statutory rape charges against the boyfriend. So the teenage girl planned the murder of her mother. In the end Witt mother would be brutally stabbed to death in her bedroom. This teen killer would end up testifying against her boyfriend and in exchange she received a lesser sentence of fifteen years to life

Tylar Witt was 14 when she helped her boyfriend murder her mom. And on Friday she got a reduced sentence in exchange for testifying against her love-struck accomplice.

Witt, now 16, got her conviction reduced from first-degree to second-degree murder, while Steven Colver, now 21, was sentenced to life without parole for the murder of 47-year-old Joanne Witt in 2009. Witt will now serve 15 years to life in prison.

The teens hatched the murder plot after Joanne Witt made a statutory rape complaint against Colver and gave police her daughter’s diary.

During the sentencing hearing Friday in Placerville, Calif., Michael Witt – who mopped up his sister’s blood from her bed after she was stabbed 20 times – unleashed his anger, calling Colver a “psychotic S.O.B.”

“I hope and desire that Mr. Colver experiences the worst possible experiences our wonderful prison system can bestow upon him,” Witt said, according to the Sacramento Bee.

El Dorado Superior Court Judge Daniel Proud told Tylar she deprived her family of a mother “who dedicated her life to you.”

“Joanne Witt loved her daughter,” the judge said. “She was a protective and caring mother. She tried her best. I’m sorry Ms. Witt because the person who loved you more than anyone in the world, without reservation, is gone.”

Tylar’s grandfather, Norbert Witt, accused Colver in court of both murdering his daughter and of corrupting his granddaughter by exposing her to “heavy narcotics and sex.”

Jan Colver vowed to appeal the decision, saying she still believes her son’s story that Tylar stabbed her mother before Steven even arrived at the house.

Tylar testified at Colver’s trial that they planned to commit the stabbing together, but as Colver entered the bedroom, she stayed outside and “put my hands on my ear, closed my eyes and hummed.” 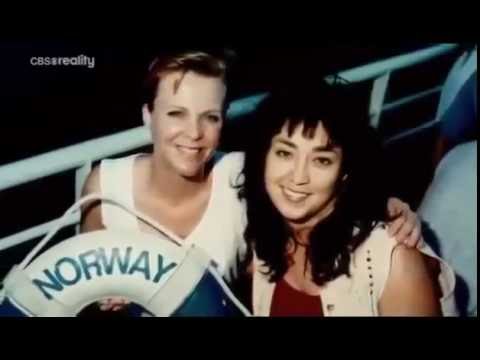 Norb and Judy Witt worked hard and planned well to live it up in retirement, traveling whenever they wanted in their luxury RV. In 2009, they spent two months traveling the country, came home to El Dorado Hills, Calif., and days later, got the phone call.

It was their daughter, Joanne’s, boss wondering if they knew where she was.

Joanne Witt was 47, a single mother raising her teenage daughter, Tylar. She was an engineer for the county. The thing was Joanne always called when she was not coming to work.

“When you heard that she hadn’t been at work the previous Friday or that Monday, did that strike you as odd?” “48 Hours Mystery” correspondent Richard Schlesinger asked Norb Witt.

“Oh, yeah!” he replied. “And, well, like her boss said, she’s never missed work without calling.”

Joanne’s boss was one step ahead of them.

“He says, ‘I’ve already called the sheriff’s,” Judi said. “And he says, Joanne had confided that she and Tylar had been having some problems. … he says, ‘we were concerned …'”

“I got in the car and got over there so fast,” Norb recalled. “I think I was in a daze by the time I got there. … there was two sheriff’s cars … and two deputies out there walking around the house. … And I said, “Well, I think I can get you in the house.”

Norb unlocked the house, but the sheriff’s deputies ordered him to stay outside while they searched it. Before long, they told him Joanne was upstairs in her bedroom; she was dead.

“They never said killed or murdered … they just said deceased. So we didn’t know what was going on,” Norb said. “But when the CSI van came in and we had probably 20 detectives wandering around the place … we knew that … she had been killed.”

Joanne had been stabbed about 20 times.

“… it was a very, very, very … gruesome scene,” prosecutor Lisette Suder said. “There was a wound that almost decapitated her. Very violent!”

The news got even worse. Their 14-year-old granddaughter, Tylar Witt, was nowhere to be found.

“… we didn’t know if Tylar had been kidnapped or …” said Judi.

“We knew nothing,” added Norb.

The couple says they were in total shock and concerned about Tylar.

But it didn’t take detectives very long to conclude that Tylar was not a victim. Just weeks before Joanne had complained to authorities about her daughter’s relationship with 19-year-old boyfriend Steven Colver. Now, detectives wanted to talk to both of them.

Steven Colver and Tylar Witt met at a coffee shop soon after she started ninth grade and he had started college. Norb Witt says it wasn’t long before Steven started influencing Tylar — and not in a good way.

Just weeks after they met, Steven and Tylar convinced her mother to let Steven rent a room in their home. Joanne thought the two were just friends. They told her he was gay. And Joanne told skeptical friends Steven could help Tylar with her homework and help her pay the mortgage.

“No one — every friend she had, everyone in the family — did not want him in there. But,” said Norb, “Joanne was very strong willed …”

So she let Steven move in. But within a month, Joanne had become suspicious. Then she came home one day and was shocked when she went into Steven’s room.

The prosecutor took “48 Hours Mystery” through the house.

“This is the room where it all began …” Suder said of the bedroom where Steven had stayed. “… Joanne walked in and caught them in a compromising position … they had just or were about to engage in a sexual relationship.”

“Right. She was actually inside this closet, crouched down, covering herself, but naked!”

Joanne did what any parent would do. She ordered Steven to leave and she called in two of her male co-workers to help throw him out.

“She said she was gonna kick Steven out and she didn’t want to be there alone,” said Vinnie Catapano, a friend of Joanne’s.

Catapano helped move Steven’s things to the sidewalk and then confronted him. “The first thing I said to him is, ‘If it was me – you’d be in jail right now.'”

Joanne believed Steven had committed a crime — statutory rape — by having sex with Tylar, who was a minor. Joanne warned Steven she’d call the sheriff if he didn’t immediately stop seeing Tylar. Catapano took a more direct approach.

Asked what that meant, Catapano told Schlesinger, “Well … I was trying to intimidate him.”

“Did he seem intimidated?” Schlesinger asked.

“Absolutely not. And that, again, annoyed me more,” Catapano replied.

Steven Colver was also apparently not deterred by Catapano or Joanne Witt.

They continued their affair during the day when Joanne was at work and late at night when she was asleep. When Joanne found out, she made good on her threat and called authorities, who opened an investigation.

“… she wanted him away from her daughter. But they couldn’t stand the thought of not being together. And so that’s when the plotting began,” said Suder.

Within days, Norb Witt unlocked the house and sheriff’s deputies discovered the results of that alleged plot. Norb and his wife, Judy, now faced a terrible choice. Getting justice for the murder of their daughter meant turning their backs on their granddaughter.

With a sigh, Norb told Schlesinger, “If she hadn’t done whatever she did … her mother would still be alive today, probably …”

And prosecutors say Tylar and Steven apparently didn’t intend to stop with Joanne. They had more killing in mind.