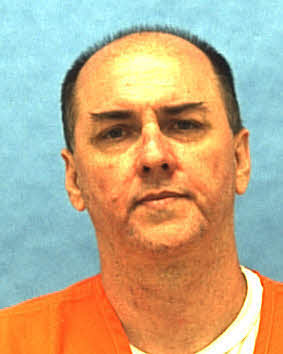 On the morning of June 10, 1997, Carla Larson took her daughter to
daycare and went to work. Prior to lunch, Larson told a coworker that
she was going to a grocery store to pick up food for an afternoon
meeting. A receipt indicated that she purchased food, but Larson never
returned to work. Numerous witnesses saw a Ford Explorer that matched a
description of Larson’s SUV in a wooded area off the Osceola Parkway.

Two days later, while being led by witnesses who saw the SUV in
the woods, coworkers found the body of Larson. The cause of death was
strangulation and Larson’s jewelry, clothing, and purse were missing.
On
the day of Larson’s disappearance, John Huggins, his wife Angel and
their five children were visiting the Orlando area. John Huggins’
mother-in-law, Fay Blades, testified at trial that when she came home
from work on the day Larson went missing, she noticed an unfamiliar
white SUV in her carport. Blades’ neighbors also saw the SUV, but noted
that the vehicle was spray-painted black later in the week.
On
June 26, police were called to investigate a burning truck on a vacant
lot in Cocoa Beach. An investigation revealed the truck was Larson’s
white Ford Explorer SUV, which had been partially painted black.
The next day John Huggins fled Florida with his sister-in-law, with whom he had begun a relationship.
Shortly thereafter, Angel Huggins saw a television show, America’s Most Wanted, which featured Larson’s murder.

Angel Huggins suspected her husband of committing the murder and called police.

In
late June and July 1997, police conducted three searches of Blades’
house and a shed on her property, but no incriminating evidence was
found. Blades conducted a search of her own and found jewelry, later
found to belong to Larson, hidden in her shed.