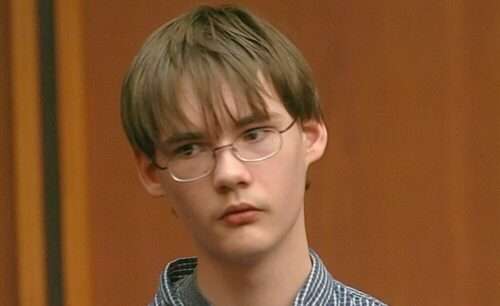 The state’s highest court Wednesday upheld the first degree murder conviction of John Odgren who was 16 when he killed Lincoln-Sudbury High School classmate James F. Alenson in 2007, a shocking crime that his lawyers attributed to his Asperger’s syndrome and mental health issues.

The Supreme Judicial Court unanimously rejected Odgren’s defense that long-term psychiatric issues including depression coupled with Asperger’s made him psychotic at the moment Alenson was murdered inside a boy’s bathroom at the school.

Odgren admitted killing the 15-year-old Alenson, whom he did not know, during his trial. His attorneys argued that as a juvenile his brain had not yet properly developed into an adult and therefore he should not face trial, conviction or sentencing as an adult.

“We are satisfied that in the defendant’s specific case the jury were made sufficiently aware of the impact that the defendant’s age and various diagnoses might have had on his ability to form the requisite intent to kill. Indeed, his state of mind was the central issue at trial,’’ Justice Elspeth B. Cypher wrote for the court. “In short, we discern no error.”

Odgren attacked Alenson on Jan. 19, 2007, using a kitchen knife he brought with him to school, according to the court.

Cypher wrote that “the details of the encounter were provided primarily through the testimony of another student who was using one of the bathroom stalls at the time of the murder. The witness heard a brief struggle between the defendant and the victim, during which he heard the victim exclaim, ‘What are you doing? Stop that. Ow, ow. You’re hurting me.’ He then heard the victim leave the bathroom and noticed three or four drops of blood at the foot of his stall. The defendant, who was still inside the bathroom, repeated, ‘Oh, my God. Oh, my God. What did I just do?’ several times and, after a pause, say, ‘Whoever is in that stall, I need you to go get help.’”

Odgren, after several years of lengthy pre-trial court battles was convicted in 2010 and sentenced to life without parole. He’s currently serving his sentence in the medium security prison in Gardner, according to Department of Correction records.

Odgren’s lawyers said in a statement Wednesday that they were “very disappointed” by the SJC ruling.

“The decision fails to address, or even recognize, the profound and significant differences between juveniles and adults who assert a lack of criminal responsibility defense,” the statement said. “Instead of continuing to lead the criminal legal system into a more developmentally appropriate approach to cases involving adolescents, as our Court has done in the past, this decision constitutes a sharp retreat on this front. It had been our hope that the Court would recognize the unfairness of the verdict in this case and use this as an opportunity to advance the law in cases involving mentally ill children. Sadly, that did not happen.”

The Middlesex district attorney’s office didn’t immediately respond to a request for comment.

Patricia Garin, an attorney for John Odgren, told the Globe in December 2013 that if her client’s appeal failed, he would seek release at a later date based on an SJC ruling that year that struck down life sentences without parole for juveniles.

Lawyers said at the time of the 2013 SJC ruling that juvenile killers would have to serve at least 15 years before being considered for parole. Garin said Wednesday that Odgren will seek parole in “January of 2022 – 15 years after arrest.”

Alenson’s family, meanwhile, set up a scholarship fund in his name in 2010.

“James was passionate about Football,” the fund’s website says. “He wore his #37 Rodney Harrison jersey from August through January as he watched games and managed his fantasy team. James cherished the Holidays, the spirit of the season, and being with family. … James had many wonderful qualities. We are most proud of how considerate he was of everyone he met. We encourage those who visit this website to perform an act of kindness in a loved one’s memory.”

John Odgren is incarcerated at the NCCI facility