Jordan Wallick no longer faces the distinct likelihood of dying in a Pennsylvania state prison.

Sentenced to life without parole in 2012 for the murder of law student James Wallmuth III, Wallick was re-sentenced on Friday in York County Common Pleas Court to 30 years to life in prison.

His resentencing was the result of U.S. Supreme Court rulings that life in prison without parole for juvenile killers was a violation of their 8th Amendment protection against cruel and unusual punishment.

Wallick was 15 when he shot and killed Wallmuth, 28, on July 28, 2010, outside a West Philadelphia Street restaurant as Wallmuth was talking on a cellphone. Police called the killing “a botched robbery.”

Wallick was convicted of second-degree murder in 2012 and sentenced to the only available legal penalty at the time — life in prison without parole.

Teen killer: ‘If I could trade my life for his, I would’

Wallick’s attorney, Suzanne Smith, said Wallick no longer faces what amounted to a prison death sentence. Now 21, he could come up for parole in 2040, Smith said.

At Friday’s re-sentencing hearing before Judge Michael E. Bortner, Wallick was given credit for the six years and two months he spent in prison following his arrest and conviction.

Wallick is the first so-called “juvenile lifer” to be re-sentenced in York County in accordance with the 2012 U.S. Supreme Court rulings.

Members of the Wallmuth family, who were in attendance at Friday’s hearing, declined to comment.

Under the revamped sentencing guidelines for juvenile murders, second-degree murder — murder during the commission of another crime — carries a minimum penalty of 30 years to life in prison for a defendant who was between 15 and 17 years old at the time of the murder.

Bortner noted that under federal and state  law, he was compelled to examine 23 points in determining a sentence for a juvenile killer.

Before passing the new sentence, Bortner said the court-ordered pre-trial investigation into Wallick’s background “certainly paints a picture of a young man who has not had an easy time in life

That is not an excuse for the crime that was committed,” the judge added.

Bortner said Wallick’s “gang involvement” as a possible motivation for the attempted robbery of Wallmuth, “is not entirely clear.”

Bortner also took note that Wallick’s prison record, following his arrest and incarceration while awaiting trial and after sentencing, was marked with incidents of disobedience and violence.

“Then, one and a half years ago, something changed, and he decided he was going to take a different course,” Bortner said.

The judge said that Wallick has since become a certified peer support specialist who helps other inmates and also is participating in a program where inmates train service dogs.

Bortner said he imposed life as the maximum end of the sentence “because we feel we don’t know where Jordan is heading at this time. There have been some glimpses of a change in behavior. He has expressed remorse.

Bortner recalled that when Wallick was sentenced following his conviction in 2012, no family members or friends were present to speak on his behalf.

At Friday’s hearing, Wallick’s father, who has been paralyzed since before Wallick’s birth, and others sat behind him in the gallery.

At a hearing in August where the prosecution and defense offered their arguments for re-sentencing — the prosecution sought 40 to life and the defense asked for 30 to 60 years — Wallick read an apology letter to the Wallmuth family.

On Friday, Bortner said, “I’ve looked at that letter numerous times. I hope I can believe it.”

To the Wallmuth family, Bortner said, “I wish I could say something to the family that would ease the pain.”

He said that, from statements made at the August hearing, he knows the family has positive memories of Wallmuth. He also noted that Wallmuth’s law school class had included him in the graduation.

According to statements from Wallmuth’s friends at a vigil, he had been interning with a local attorney, John Hamme, had previously worked in the District Attorney’s office as a case manager, and had talked about running for mayor

A University of Pittsburgh law student and classmate, Brian Rambin, also had said that Wallmuth was an impressive student who was “completely unfazed” by the stresses of law school.

“God, he was bright,” Rambin said. “He was a guy who could talk to you about anything, and do it competently.”

Wallmuth graduated with degrees in history and English from Penn State in 2004 and then earned a paralegal certificate, leading to his employment in the DA’s office.

At the end of Friday’s hearing, Wallick asked to be returned to state prison as quickly as possible. Smith said that was because Wallick is hoping to get a puppy to train for the service dog program. 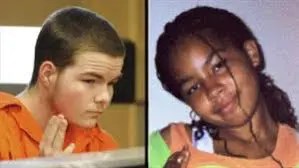 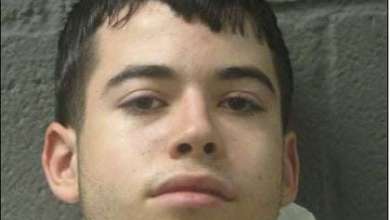 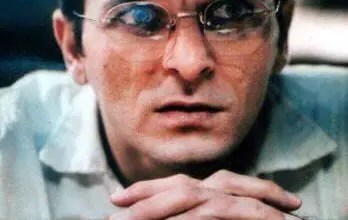