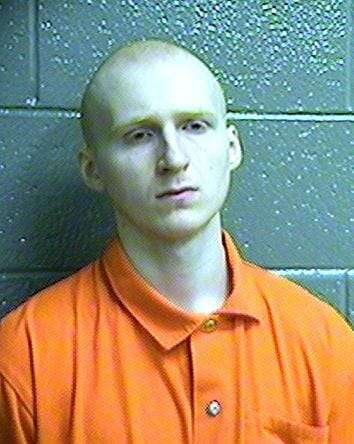 Henry Laird was seventeen years old when the teen killer from Oklahoma would beat his mother to death. According to prosecutors Henry Laird would attack his mother with a shotgun and would use the barrel of the weapon to strike his mother twenty times causing her death. At trial Henry Laird told the court that he was not responsible for the murder however the jury felt differently and would find the teen killer guilty and sentenced him to life in prison

A jury has given a Tulsa teen life with the possibility of parole after finding him guilty in the murder of his mother. Henry “Hank” Laird was convicted of beating his mother to death with a shotgun on January 22, 2013.

It took jurors less than two hours of deliberations to find him guilty Thursday, and it didn’t take the jury long to decide his punishment.

The death penalty was not an option, so they had to decide between life or life without the possibility of parole. Laird was just 17 when he beat his mother to death, so the defense wanted a life sentence.

The state hoped the harshest punishment.

“The jury has decided to give him mercy, mercy that he did not give to his mother,” said Assistant District Attorney Julie Doss. “But we respect that decision.

“He beat her, if you remember, with the barrel end of a shotgun at least 20 times.”

As the murder weapon was carried out of the courthouse, and the murderer taken back to jail; the case is closed.

But that doesn’t necessarily mean closure for the family: the elderly parents or the sister and brother-in-law of Linda Laird.

“They not only lost Linda, their daughter and their sister, but they also lost Hank, who was a family member too – so they’re overall very sad,” Doss said.

A psychiatrist testified Hank Laird started spiraling out of control when he was 10 years old, just after his father died of a heart attack. Laird told the doctor he blamed his mother for the death, that he thought his mother poisoned his dad.

The doctor said that’s when Laird’s aggression towards his mother began, and was also when his substance abuse began. The psychiatrist said Laird turned to drugs and alcohol so he didn’t have to face his grief.

“It contributed,” said Defense Attorney Greg Graves. “It put him in a situation that none of us would want to be in.”

The doctor said Laird’s drug usage was so severe, it kept his brain from developing like a normal kid. Laird went to multiple treatment facilities but relapsed each time he got home.

The doctor said Laird had a learning disability and had only completed eighth grade.

The state said Linda didn’t discipline her son because she was terrified he’d kill her in a drunken rage. Records show Linda once said she was OK with him tearing up the house because that means he wasn’t beating up on her.

He was drunk the night he killed his mother. a crime he told me he didn’t commit.

Josiah Sklar was in the house night Linda was murdered. He testified against Laird and has been charged with accessory after the fact.

The state said Laird never implicated Sklar was involved, even when had the chance during his police interrogation.

That interview was played in court and Laird told detectives he remembered beating his mother, but didn’t mean to kill her.

“Here’s someone that, even after being convicted, after sitting and listening to his own statement where he implicated himself very strongly, he’s still wanting to say he didn’t do it,” said Assistant District Attorney Julie Doss.

Prosecutor Alisa Hopkins said Laird had been running from what he did for two years, but that running stopped with the murder conviction and life sentence.”Linda Laird caught up with him today,” Hopkins said.

Laird will be eligible for parole in 38 years. He’ll be 57 years old, one year older than his mom was when he killed her.

“Certainly at this point, our hope is that he will get some type of rehabilitation so that when he is released back, if that ever happens, he won’t pose a threat,” said Julie Doss, assistant DA.