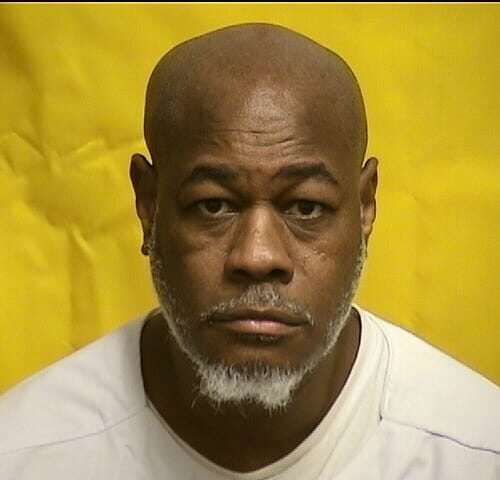 The Ohio Supreme Court today affirmed the conviction and death sentence of a Youngstown man who murdered a disabled woman he briefly lived with, then tried to kill her mother, and set them both on fire.

A Supreme Court majority rejected the claim of Lance Hundley that there was insufficient evidence to convict him of the November 2015 murder of Erika Huff, the attempted murder of her mother, and arson. Writing for the Court, Justice Sharon L. Kennedy stated that “Huff’s death was the result of a well-thought-out plan and the attack was drawn out.”

Huff had a progressive form of multiple sclerosis and could no longer walk. She used a wheelchair to move around, had a lift to assist her into bed, received daily care from nursing aides, and wore a medical-alert necklace that was monitored by a medical response company.  If the alert was activated, the company would call Huff’s mother and also dispatch an ambulance to Huff’s address.

Hundley had recently moved from Washington D.C., and been living with his brother. Hundley’s brother had a child with Huff, and Hundley said he knew Huff for about eight years. Hundley asked Huff if he could stay at her house and she agreed.

On Nov. 5, 2015, A’Shawntay Heard, a nurse’s aide, helped Huff get into bed at the end of her shift. At Huff’s request, Heard placed the cash from Huff’s monthly disability check underneath her thighs, between the bedsheet and Huff’s body.  She gave Huff her personal phone number, which was against company policy, because Heard felt that “something was going to happen.” Heard said Hundley had been in and out of the house all day and was making her feel uncomfortable.

At 2:01 a.m. the next morning, Huff’s medical alert necklace was activated and an ambulance was dispatched to Huff’s home. Emergency medical technicians responded. A man, one EMT later identified as Hundley, opened the front door and told her the alarm was accidentally triggered and there was nothing wrong. The ambulance squad left.

The medical response company also called Huff’s mother, Denise Johnson. When she arrived, she found Hundley standing in the home with a gasoline can, and asked Hundley where Huff was. Johnson picked up the gasoline can and took it to the garage.  Upon re-entering the house, Hundley attacked her, and hit her repeatedly with a hammer.

During the attack, Hundley told Johnson he killed Huff. Hundley also grabbed a kitchen knife and held it to Johnson’s face while choking her.  Johnson lost consciousness and when she regained consciousness, she was lying on the floor in Huff’s bedroom next to her daughter. Johnson could see flames burning at her feet and around Huff’s body, which she tried to brush away.  She attempted to escape through a window by dislodging an air-conditioning unit.

Johnson’s husband drove to the house and called 911 just before 3 a.m. Youngstown police arrived and heard Johnson scream for help.  Once the police pulled Johnson to safety, they noticed Huff’s body. Officers entered the house three times, but twice had to retreat because of heavy smoke.  The third time they entered the home they found Hundley lying on the floor near the front door, hiding halfway underneath the dining-room table. Hundley and Johnson were transported to a local hospital for treatment. Johnson sustained multiple significant injuries and told police Hundley attacked her.

After reviewing the autopsy report, the medical examiner concluded that Huff died from “two mechanisms,” — blunt trauma to her head and body and strangulation with a cord. The examiner concluded she died before the fire was ignited and that the blows to her body were not immediately fatal. The blunt-force trauma was leading to “massive internal bleeding around her belly,” and contributed to her death in conjunction with the strangulation.

At the hospital, police took Hundley into custody and he told police he and Huff had a good relationship. He said he had been at a local bar and had a few drinks before returning to Huff’s home. He claimed he had been “choked out” by a stranger who broke into Huff’s home, and Hundley denied killing her.

Hundley pleaded not guilty to all counts.

The prosecution presented DNA evidence linking Hundley to the murder as well as finding gasoline on the clothes he was wearing when the fire in the house started. Johnson testified, as did police and fire investigators.

Hundley said he returned to the home from a local bar around 11:30 p.m. and talked to Huff before he went to sleep on the living room couch. He testified the next thing he remembered “was being woke up with somebody strangling [him] out from behind.” He said he blacked out and woke up on the kitchen floor. He said he then saw a dark-skinned black male about his height leaving Huff’s bedroom carrying a gasoline can.

He said he saw  Johnson with the gasoline can and the intruder sitting in Johnson’s husband’s truck. He said he began to hit Johnson with a hammer because he “didn’t know what she was going to do from that point.”

The jury deliberated for less than four hours before convicting Hundley on all charges. Hundley then fired his attorneys and represented himself at a mitigation phase of the trial. The prosecution presented into evidence most of the exhibits from the guilt phase of the trial . Handley did not present any mitigating evidence.

The jury recommended a death sentence based on aggravated murder by prior calculation and design. The trial judge imposed the death sentence and, as to the noncapital offenses, sentenced Hundley to 22 years in prison for the attempted murder and arson charges.