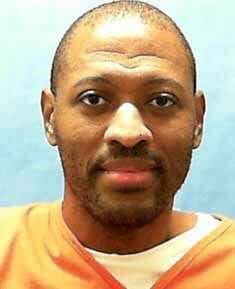 Leon Davis was sentenced to death by the State of Florida for four murders occurring during two events. Leon Davis would go into an insurance store and murder Yvonne Bustamante and her pregnant sister-in-law, Juanita “Jane” Luciano. Luciano child would be delivered however would die a few days later. Leon Davis was also convicted of killing two more people  Pravinkumar Patel, 33, and Dashrath Patel, 51, outside of a store. Leon Davis would be arrested, convicted and receive multiple death sentences

Convicted murderer Leon Davis Jr. should be put to death for the execution-style killings of two clerks at a Lake Alfred convenience store in December 2007, a judge ruled Friday.

Davis showed little reaction as Jacobsen announced his decision Friday. He pursed his lips slightly and looked down. No one from Davis’ family or the families of the victims, who were from India, attended Friday’s hearing.

The convictions and death sentence automatically will be appealed to the Florida Supreme Court.

Davis, who will be 35 this month, already faces two death sentences for fatally burning two women in a Lake Wales insurance office. That case, which went to trial last year, remains on appeal to the Florida Supreme Court.

In this case, Davis was convicted in October of first-degree murder, attempted murder, robbery and possession of a firearm by a convicted felon.

Prosecutors argued he attempted to rob a convenience store along State Road 557 just south of Interstate 4, but when he arrived about 9 p.m., the store was closing and the front door was locked. He fired on the clerk inside, who avoided injury by ducking behind the counter.

The store’s surveillance video showed a man running across the parking lot toward Pravinkumar Patel, 33, and Dashrath Patel, 51, who were changing the lettering on the store’s marquee near the roadway. What happened next wasn’t captured on video, but both men were killed with gunshots at close range to their heads.

Davis had waived his right to a jury trial in this case, leaving the decision on his guilt or innocence to Jacobsen. For that reason, there also wasn’t a jury recommendation on a sentence.

The only possible sentences for first-degree murder are death or life imprisonment without parole.

Prosecutors are limited to 18 reasons, called aggravating circumstances, to support a death sentence. In this case, they argued that Davis was a convicted felon with a history of violence and he was committing a robbery at the time of the murders.

They also argued that Davis killed the two men to avoid capture, but Jacobsen ruled that couldn’t be proven because no one knows what occurred outside the range of the surveillance camera.

“The video clearly depicts one of the victims standing in the distance with his arms raised;” Jacobsen wrote in his sentencing order. “However, after the video goes blank, there is no way to determine exactly what happened out under the gas sign. Did the other victim take a defensive posture, or even make some offensive move towards the perpetrator? Did the victim, with his hands depicted in a raised position, lower his hands and make some aggressive move towards the perpetrator? Was there some sort of scuffle before the fatal shots were fired? We will never know.”

In his sentencing order, Jacobsen said he gave very great weight to Davis’ convictions for the murders of Yvonne Bustamante, 26, and Juanita “Jane” Luciano, 23, at the Headley Insurance Agency in Lake Wales a week after the BP murders in December 2007. The women were strapped into chairs, doused with gasoline and set on fire during a robbery at the agency. Bustamante, who knew Davis, identified him as her attacker before she died.

Davis was sentenced to death for the murders of Luciano and Bustamante. He was given a life sentence for the death of Luciano’s newborn son, who was born prematurely the night of the attacks and died three days later.

During Friday’s sentencing in the BP case, Jacobsen said he considered 14 mitigating factors, which would favor a life sentence, including Davis’ history of child abuse, being bullied at school, his history of depression and mental problems and his reputation as a good father and husband.

In sentencing Davis, Jacobsen ordered him to serve life in prison for firing on the surviving clerk at the BP station, Prakashkumar Patel, who had ducked behind the counter in the store. He also sentenced him to 20 years for attempted armed robbery and 15 years for possession of a firearm by a convicted felon.