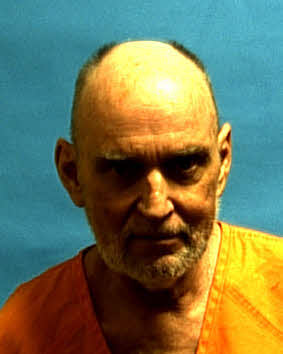 After more than two years of delays, a man suspected of killing a
Henderson County couple is set for trial in another slaying in Florida.

Gary Michael Hilton will be tried on first-degree murder and other
charges in the death of Cheryl Dunlap, a Florida nurse and Sunday
schoolteacher found slain in the Apalachicola National Forest near
Tallahassee on Dec. 15, 2007.

More than 20 pretrial motions will be taken up by Leon Circuit Judge James C. Hankinson at a hearing Friday in Tallahassee.

Hilton, 64, pleaded guilty Jan. 31, 2008, to the killing of Meredith
Emerson, a 24-year-old hiker he abducted in north Georgia. He was
sentenced to life in prison with the possibility of parole in 2038.

Authorities have linked him to at least three other slayings, including
Henderson County couple John and Irene Bryant, who disappeared in
October 2007 while hiking near the Cradle of Forestry in Pisgah National
Forest.

The body of Irene Bryant was found in the Pink Beds area of Pisgah
National Forest in November 2007 and her husband’s body was found three
months later near Franklin. Hilton has not been charged in their
killings.

In the upcoming trial, the many motions filed by Hilton’s public
defenders include one to keep confidential requests forbidding the state
from discussing the condition of Dunlap’s body — or the murder of a
Georgia hiker — as evidence in the penalty phase of the trial. The
defense also wants separate juries for the guilt and penalty portions of
the trial and to limit victim impact statements to stop jurors from
being unfairly prejudiced at sentencing.

Hilton faces the death penalty in the Dunlap case. Jury selection is set to begin Jan. 21