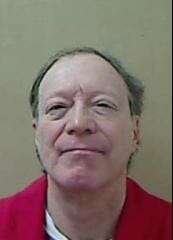 Defendant and the victim, Annette Thibodeaux, resided at 204 Barney Road in High Point, Forsyth County, North Carolina.   Members of the High Point Police Department were sent to their home on 13 April 1998 after an out-of-town caller had contacted police and expressed concern that he was unable to reach the couple.   Police arrived at the Thibodeaux home at approximately 10:00 p.m.

After observing the home for an hour, police approached and knocked on the door several times.   When defendant answered, the officers standing at the doorway could see in clear view what appeared to be a woman lying face down between two couches in the living room.   Also visible were what appeared to be blood stains on the walls and both couches.   Based upon these observations, the police asked defendant to step outside, and they began to search the residence.

After placing defendant in a patrol car, Forsyth County Sheriff’s Detective Dwayne V. Hedgecock advised defendant that law enforcement officers were there because there was a dead body in his house.   In trial testimony, Detective Hedgecock described his subsequent conversation with defendant thusly:

“He said, ‘A dead body is in my house?’   He asked me who was in the house and I replied, ‘A female.’   He said, ‘You mean a woman?’   And I replied, ‘yes.’   He looked at me in a very puzzled manner when he asked about the body․  He asked me again why I was there and if I was a police officer.   I told him that I was a detective with the Forsyth County Sheriff’s Office and that I was there to investigate what had happened.   He again asked me if there was a dead woman in his house, and I said, ‘Yes, Ray, there is.’   He said, ‘You’re kidding me.’   I said, ‘No, Ray, I’m not kidding you.’ ”

At the same time inside the Thibodeaux home, Forsyth County Sheriff’s Deputy Robert Shinault, Jr., examined the body of the victim, noting there was a hole in the back of her skull and that her hands were severely bruised and discolored.   He also found a phone cord wrapped around her neck.

Police Detective Elizabeth Culbreth, also on the scene, testified that she discovered a white trash bag in a box in the corner of the dining room.   It contained a telephone that appeared to have blood on it.   In the spare room, she saw a shirt that appeared to have blood on it.   Detective Culbreth also noted a number of beer cans in the garbage bag and other cans around the house.

When Detective Hedgecock entered the house and went into the bedroom, he observed that the mattress and box spring of the bed had been pulled away, exposing the floor underneath.   He also observed that the area immediately surrounding the victim was covered with blood splatter, and that there were faint footsteps in blood trailing from the bedroom into the kitchen.

North Carolina State Bureau of Investigation Special Agent Jennifer A. Elwell, who was employed as a forensic serologist, testified as to a number of items of evidence seized in the investigation.   The shirt found in the spare room of the home showed the presence of human blood, as did the aforementioned telephone.   A watch found in the bathroom and the tissue paper it was wrapped in were also examined for blood tracings.   The tissue reacted positively to phenolphthalein, the chemical used to test for human blood.   A small stain on the watch, as well as two shade-control rods found in the living room, also tested positive for human blood.   Agent Elwell testified that a hammer found at the scene also contained traces of human blood on its surface.

Forsyth County Sheriff’s Sergeant Darrell O. Hicks was tendered and accepted at trial as an expert in the field of latent fingerprint identification.   Sgt. Hicks used an original fingerprint card of defendant as a comparison to prints lifted from the crime scene.   He concluded that the bloody fingerprints taken from the two shade-control rods and telephone were those of defendant.   He further testified that there were no fingerprints found on the hammer, and that it appeared to have been wiped clean.

North Carolina State Bureau of Investigation Special Agent David Freeman was tendered and accepted as an expert in the field of forensic DNA analysis.   Agent Freeman examined the evidence and concluded that the blood located on the hammer and tissue paper matched the DNA profile of the victim.   He also testified that blood samples taken from the shirt, telephone, and watch all had a DNA pattern consistent with that of the victim.