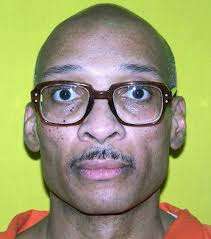 The Supreme Court has denied a request to consider the case of former soldier Ronald Gray, who was convicted of rapes and murders in the 1980s at Fort Bragg, North Carolina.

Gray’s petition was denied June 28 by the Supreme Court, according to court documents online, which did not detail a reason for the decision.

Ronald Gray and his attorneys have submitted numerous appeals as part of a 30-year process since he was convicted.

In 1988, a military court at Fort Bragg convicted Gray of the rape and murder of two women and rape and attempted murder of a third at Fort Bragg and the nearby area. At the time, he was a specialist working as a cook. He was sentenced to death.

He pleaded guilty in a civilian court to two other killings and five rapes, and he was given eight life sentences.

Gray’s appeals have become more frequent in the last two years since 2016, when a federal judge removed the stay of execution that had been in effect for eight years, The Fayetteville Observer reported. He is running out of appeals to avoid execution

He also appealed in 2001 to the Supreme Court, which declined to hear the case. In October 2016, the Supreme Court said it would not hear challenges to the death penalty for members of the military and rejected an appeal from a former soldier sentenced to death for killing two other soldiers in Kuwait in 2003.

Ronald Gray has been detained at the U.S. Army Disciplinary Barracks at Fort Leavenworth in Kansas

A former Fort Bragg soldier and convicted serial killer with a case before the Supreme Court has found an ally in a group of Air Force lawyers hoping to help end gridlock in the military justice system.

Ronald Gray, who committed a series of murders and rapes in Fayetteville and on Fort Bragg in the 1980s, filed a petition with the nation’s highest court in February.

Last month, the U.S. Air Force Appellate Defense Division filed an amici curiae, or “friend of the court,” brief in support of Gray’s petition, which seeks to have the Supreme Court settle several legal questions hanging over his case.

The central issue is a question of which court system — military or civil — is responsible for hearing appeals related to constitutional claims that arise during or in conjunction with a direct appeal.

Gray’s case has been embroiled in such appeals since 2008, when then-President George W. Bush approved Gray’s eventual execution.

Timothy Kaine, Gray’s lawyer, has described the standoff as a “nearly decade-long contest of hot potato between military and civil courts.”

In their brief, Lt. Col. Nicholas McCue, Capt. Dustin Weisman and Brian L. Mizer of the Air Force Appellate Defense Division said they supported the arguments from Gray’s lawyers that the military courts should handle such matters.

The Air Force lawyers listed five other cases in various military courts that are in a similar state of “judicial limbo” with military and civil courts each insisting the other has primary jurisdiction.

“In essence, these petitioners no longer have a court available to them to hear their constitutional claim that they have been convicted in violation of the presumption of innocence,” they wrote.

The case also would have an impact on future military petitioners, they note in their brief while asking the Supreme Court to rule in favor of Gray and compel the military courts to assume jurisdiction.

Lawyers representing the U.S. government received an extension to respond to Gray’s petition. They have an April 18 deadline to file their arguments in the case.

Gray is the longest-serving inmate on the military’s death row and the only military prisoner whose execution has been approved by a president.

In recent years, the case has been the subject of numerous appeals, many of which were dismissed or delayed as courts struggled over how to proceed.

Gray is seeking a review of several claims of constitutional error during his military trial and subsequent appeals. He has claimed that his original appeals lawyer was ineffective, that his sentence is the result of racial discrimination and that military authorities failed to disclose evidence about his competency.

The case has been heard repeatedly by officials from a U.S. District Court in Kansas, the 10th U.S. Circuit Court of Appeals, the Army Court of Criminal Appeals and the U.S. Court of Appeals for the Armed Forces.

In Gray’s petition, Kaine wrote that the “litigation ping pong” has resulted in a system in which convicted enemy combatants have a clearer system in which to appeal their cases than do many military prisoners.

Gray’s appeals have taken on an added urgency since late 2016, when a federal judge removed a stay of execution that had been in place since 2008, potentially clearing the way for the Army to schedule Gray’s death.

A former resident of Fairlane Acres near Bonnie Doone in Fayetteville, Gray was an Army specialist working as a cook before he was convicted of a series of rapes and murders that were committed in 1986 and 1987 on Fort Bragg and near Fairlane Acres Mobile Home Park off Santa Fe Drive.

Gray was convicted during two trials. A Fort Bragg court sentenced him to death in 1988, after convicting him of the rape and murder of two women and the rape and attempted murder of a third, among other offenses.

A civilian court in 1987 sentenced him to eight life sentences, including three to be served consecutively, after convictions on charges of two counts of second-degree murder, five counts of rape and a number of other offenses related to different victims.

Gray has been confined at the U.S. Army Disciplinary Barracks at Fort Leavenworth, Kansas, since he was sentenced to death.

If he is executed, it would be the first death sentence carried out by the U.S. military since 1961. An execution would likely take place at the United States Penitentiary in Terre Haute, Indiana — the same facility where, in 2001, terrorist Timothy McVeigh was executed for the bombing of a federal building in Oklahoma City in 1995.