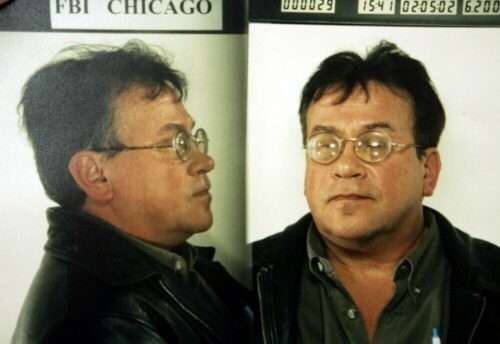 Doctor Ronald Mikos was sentenced to death by the Federal Government for the murder of a witness who was set to testify against him in a Medicare fraud case. According to court documents Ronald Mikos had billed Medicare for thousands of surgeries that he did not perform. When Mikos was notified that he was going to be brought to court he attempted to convince a number of elderly patients to lie for him. When one of the patients would not cooperate and threaten to go to the police Mikos had her killed. Ronald Mikos was convicted and sentenced to death and remains on Federal Death Row 2021.

Medicare does not cover the costs of routine medical procedures.   Ronald Mikos, a podiatrist, performed nothing but routine procedures, such as trimming the toenails of people unable to clip their own.   Yet he billed Medicare for thousands of surgeries.   When officials became suspicious, Mikos arranged for some of his elderly patients (many of whom were not mentally competent) to submit affidavits stating that surgeries had indeed occurred (though at trial Mikos’s secretary of seven years testified that he had never performed a single surgery during her time in his employ, and medical specialists who examined these people found no signs of surgery).   Other patients were less obliging, so Mikos wrote affidavits for them and had their signatures forged.   A grand jury issued subpoenas to seven of Mikos’s patients.   He visited them, trying to dissuade each from testifying.   None appeared to testify-whether because of Mikos’s persuasiveness or because of their own mental and physical limitations, the record does not show.   But we know why one of the seven did not show up.   Joyce Brannon, who by then was cooperating with the investigators, had been shot six times at close range.   After concluding that Mikos had slain her, the jury sentenced him to death.

Petitioner was a podiatrist who performed only routine procedures, such as trimming the toenails of people unable to clip their own, that were not covered by Medicare. Yet petitioner billed Medicare for thousands of surgeries. After the authorities became suspicious, petitioner arranged for some of his elderly patients, many of whom were not mentally competent, to submit affidavits stating that he had performed surgery on them. When some patients declined to do so, petitioner prepared affidavits for them and had their signatures forged. He visited seven patients who had received grand jury subpoenas in order to dissuade them from testifying. None of those patients appeared to testify, whether because of petitioner’s actions or because of their own mental or physical limitations. Pet. App. 1a- 2a.

One of petitioner’s patients, Joyce Brannon, cooper ated with the authorities and was subpoenaed to testify before the grand jury. Brannon was partially disabled, walking with canes due to arthritis and obesity. Gov’t C.A. Br. 11-12.

On January 27, 2002, four days before she was to tes tify, Brannon was shot to death in her basement apart ment in the church where she worked as a secretary. She was shot six times; the bullets were .22-caliber, brass-coated rounds fired from long-rifle, rim-fire car tridges. The lack of shell casings led the police to be lieve that the killer had used a revolver, which does not eject spent cartridges after firing. Brannon’s valuables were undisturbed, and there was no sign of robbery. Pet. App. 2a; Gov’t C.A. Br. 11-12, 15-16.

Following the murder, the police searched the stor age unit to which petitioner had transferred the guns and found every firearm and round of ammunition on the inventory-except for one .22-caliber Herbert Schmidt revolver. They also found an empty leather holster. De spite an extensive search of homes, offices, forest pre serves, and the waters of Lake Michigan, that revolver was never found. A search of petitioner’s car turned up a box of Remington .22-caliber, brass-coated, long-rifle, rim-fire rounds consistent with the bullets that had been used in the murder. Twenty shells were missing from the box. The car also contained one spent .22-caliber casing, consistent with the 80 unfired rounds, on which the firing pin had left a hemispherical mark. A govern ment expert test-fired another Herbert Schmidt .22-cali ber long-rifle revolver, which left a similar hemispheri cal mark on spent casings. Pet. App. 3a; Gov’t C.A. Br. 11, 16-17.